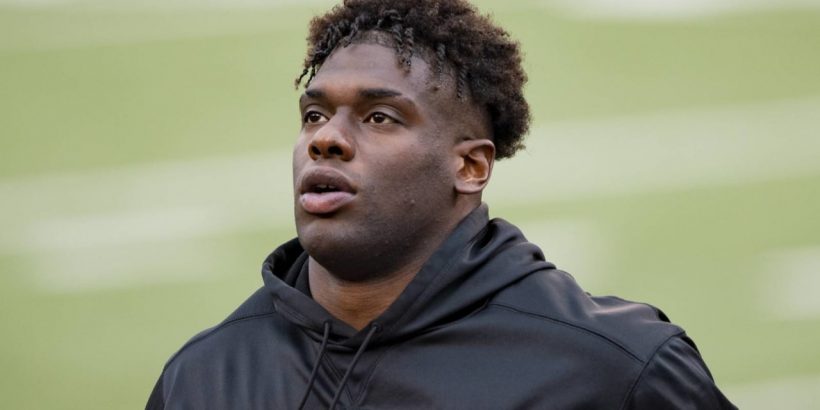 The above code explains how a dominant edge rusher like newly signed New York Jets defensive end Carl Lawson can cash in on the open market when many casual fans aren’t aware of his talents.

Lawson spent his first four years in Cincinnati, mainly living in obscurity. This offseason, he signed a three-year, $45 million contract with Gang Green to help invigorate a pass rush that has been drowsy for more than a decade.

If the figures, which include $30 million guaranteed, caused some to scratch their heads, it’s likely because Lawson’s sack numbers don’t stand out. In his four seasons with the Bengals, Lawson generated 20 total sacks. Last season, he took down the quarterback only 5.5 times — for comparison, that’s the same number as Dawuane Smoot in Jacksonville (Smoot signed a two-year, $10 million contract with the Jags in March).

And that, friends, is how sacks lie. They don’t paint the full picture of a player’s capability or disruption caused.

Lawson might have only generated 5.5 sacks, placing him tied for 51st in the NFL last season, but the 26-year-old earned 64 total pressures, per Pro Football Focus, fourth-most among all edge rushers. Lawson also hit the QB 24 times, second-most among edge defenders in 2020.

Joining the Jim Rome Show this week, Lawson verbalized the understanding that he can be productive without sacks, but the seductive stat is what gets the spotlight.

“You can’t judge somebody based off of sacks as far as how productive they are, but if you want to get to that elite status, where you’re considered an elite defender, then you need to convert those pressures into sacks, if you get what I’m saying,” Lawson said. “And I’m confident that I’ll be able to do that, because I feel like I’ve been very … I’ve had tons of limiting factors to just go against me and still be highly productive. So I’m excited, and I’m still improving, so I’m extremely optimistic.”

Lawson’s ability to disrupt plays is why the Jets paid him to be the new centerpiece of Robert Saleh’s defense in New York. The belief is that eventually, the sacks will come, so long as the disruption remains.

A questionable Jets secondary likely won’t help Lawson’s sack cause in 2021. Still, we know Saleh’s scheme benefits edge rushers, allowing them better angles to get to the QB without being pushed past by tackles. The fit with Saleh could be the ideal pairing to help Lawson’s sack number match his pressure ability and finally pull him into the spotlight he deserves.