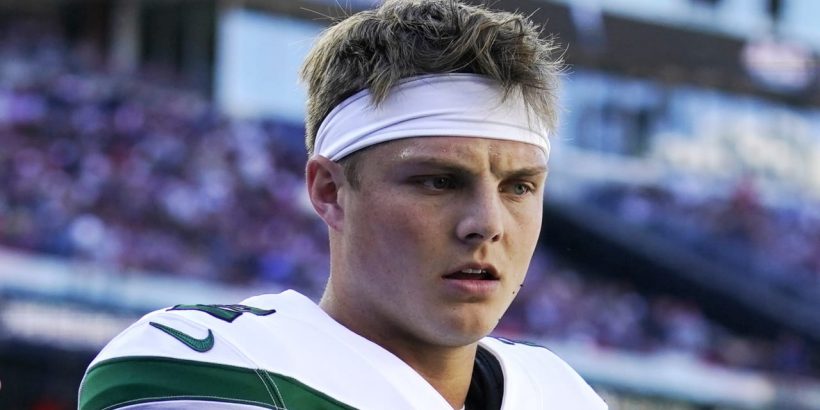 NFL Network Insider Ian Rapoport reported Monday morning that an MRI confirmed a minor PCL sprain, per a source familiar with the situation. He’s likely to miss at least the next two weeks.

Wilson said after the Jets’ 54-13 loss to New England that he heard a “pop” in his knee and it felt “loose.”

The rookie quarterback exited the game early in the second quarter after taking several shots. After taking a hit, Wilson limped to the medical tent under his own power and didn’t return. He went 6-of-10 passing for 51 yards and took one sack before exiting.

Backup Mike White entered for Wilson and finished the blowout, completing 20 of 32 attempts for 202 yards, a TD and two INTs. The 26-year-old former fifth-round pick by the Dallas Cowboys has never started an NFL game.