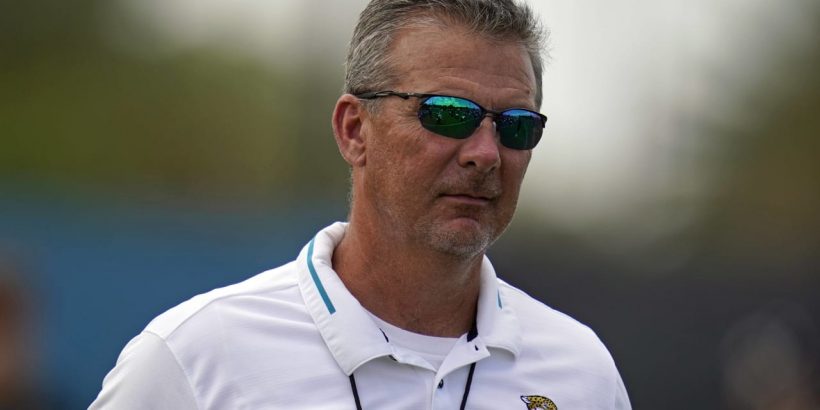 Jimmy Johnson knows a thing or three about making a successful leap from college to pro coaching.

The former Dallas Cowboys and Miami Hurricanes coach is one of three men to win both a Super Bowl and college national championship — Barry Switzer and Pete Carroll being the other two. With a complete turnaround of the Jacksonville Jaguars, Urban Meyer could one day join that group.

Taking over a 1-15 club isn’t a breeze, and after exclusively coaching at the college level for decades, the pro game hasn’t been easy on the former broadcaster.

Speaking Wednesday during a Zoom call ahead of his Pro Football Hall of Fame induction next month, Johnson — who worked with Meyer at FOX — said the new Jags coach is still navigating the adjustment to the NFL.

“He’s a little frustrated right now because he’s spent so little time with the players,” Johnson said, per The Florida Times-Union. “He’s accustomed to being around the players all the time, and they weren’t able to do that because of COVID-19.”

COVID-19 played a part. But pro players also have more freedoms in the offseason to skip voluntary workouts, and there are restrictions on the types of practices and times players can perform football activities. The Jags were penalized by the NFL earlier this month for violating contact rules during offseason practices. The club was fined $200,000, Meyer incurred a $100K fine, and the Jags will forfeit 2022 OTA practices.

Outside of the CBA restrictions — many of which Johnson didn’t have to deal with during his NFL tenure — the former Cowboys and Dolphins coach said the type of relationship he had with players on each level took adjusting.

“So my relationship with the players was a heckuva lot different than professional players, who are really — they’re dictated by financial reasons, it’s a business, their agents are influencing them — so it’s a completely different relationship.”

Johnson said he spoke with Meyer on Wednesday morning and plans to attend some of the Jags training camp practices.

While Meyer might be frustrated by some of the differences between the college and pro game — issues the Jags coach himself voiced regarding free agency earlier this offseason — Johnson believes Meyer’s work ethic will make his tenure in Jacksonville successful.

“Urban’s very thorough. Urban has spent his due diligence getting ready for this job,” Johnson said. “He knew what he was getting into when he accepted the job. We had numerous conversations during the job process. And I think he’ll do a great job. He knows how important personnel is. He knows how to deal with people.”

For much of his final two college stints, Meyer benefited from almost always fielding the most talent. Now he’s stepping into a situation where the playing field is more level. It’s on the first-time NFL coach to adjust his game.