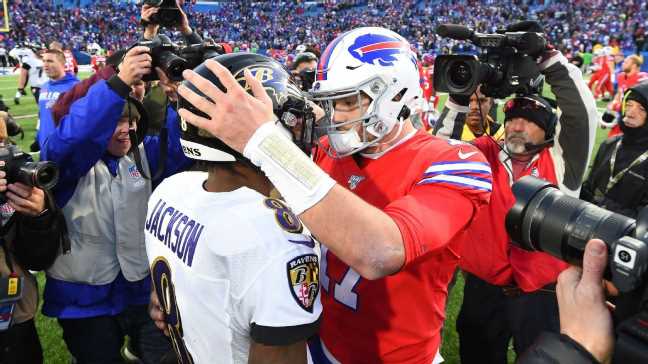 Bill Barnwell is a staff writer for ESPN.com.

Despite the fact that we’re three full seasons into their respective careers, we’re still evaluating the quarterback class from the 2018 NFL draft. In a league in which teams have to start thinking about committing to a quarterback for their fifth-year option and a possible extension after their third season, it feels like we should be able to lock in our opinions about Josh Allen, Sam Darnold and the rest of this class by now.

And yet, there are two arguments suggesting that we’re still figuring out these guys. One is what happened to the top of the Class of 2016. After their third seasons in the league, both Carson Wentz and Jared Goff signed four-year extensions. Wentz had been an MVP candidate in 2017 and led his team back to the playoffs in 2018, while Goff was coming off of a trip to the Super Bowl. The Eagles and Rams had traded up for those passers and expected them to become franchise quarterbacks before paying them to do so. Both subsequently declined before being traded earlier this year.

As I mentioned in April, the other reality is that the way most people would rank these players moving forward has changed after each year. The league as a whole ranked them Baker Mayfield-Darnold-Allen-Josh Rosen-Lamar Jackson after the draft, an ordering which seemed ridiculous by the end of Year 1. Mayfield might have been atop the charts after 2018, with Jackson taking that nod in 2019 and Allen at No. 1 after last season.

What happens next? Let’s try to look through what we know about these five first-round passers to get a sense of how they’ll play in 2021 and beyond.