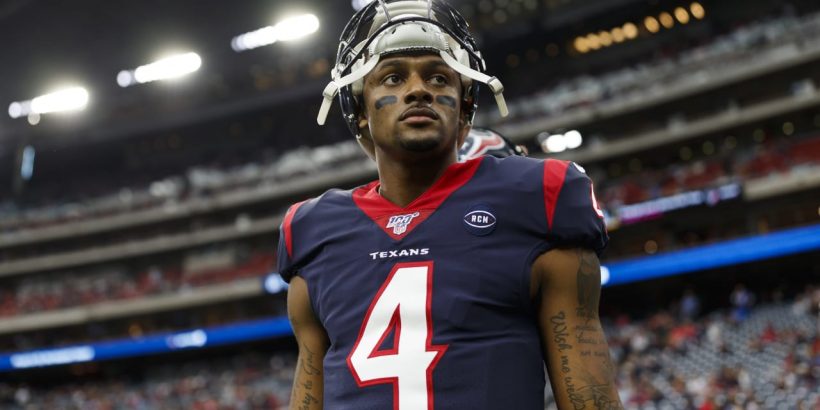 The two civil suits bring the total of claims against Watson to 21. All 21 of the complaints have been filed in Harris County, Texas, and each of the plaintiffs are represented by Houston lawyer Tony Buzbee.

One of the suits filed Tuesday alleges that Watson made obscene requests to the plaintiff during a massage in July 2020 in Arizona. The other accuses Watson of exposing himself, touching a massage therapist with his genitals, groping her and also coercing her to perform a sexual act over the course of four separate sessions from July-Sept. 2020.

That suit also alleges that Watson has “unsent” Instagram messages and “has contacted women, through intermediaries, who previously provided him massages.”

Following Tuesday’s filings, Watson’s attorney, Rusty Hardin, released a statement Wednesday that includes signed statements from 18 women, who are professional massage therapists and have worked with Watson, in support of the Texans quarterback.

“These women say they are deeply troubled by the accusations made against Deshaun and that these claims are wholly inconsistent with their experiences with him and who they believe him to be,” the statement read. “All of them stated that Deshaun never made them feel uncomfortable or demanded anything outside the scope of a professional massage. None of them experienced any of the behavior alleged by anonymous plaintiffs in the numerous lawsuits filed by the same Houston attorney.”

Buzbee has stated he plans to submit evidence from several of Watson’s accusers to investigators, but on Tuesday he released a statement describing his reluctance to release evidence to the Houston Police Department, stating “me and my clients will go elsewhere to provide our evidence to investigative authorities.”

“We certainly take them very seriously,” Caserio said. The allegations, what’s been discussed, are certainly troubling. Organizationally that’s not something that we can condone, that we condone, those types of actions. But again we’ll let the legal process take care of itself, and however it’s gonna unfold, we’ll certainly comply and do what we can to help and facilitate a resolution for everybody.”

The NFL is investigating the allegations against Watson.