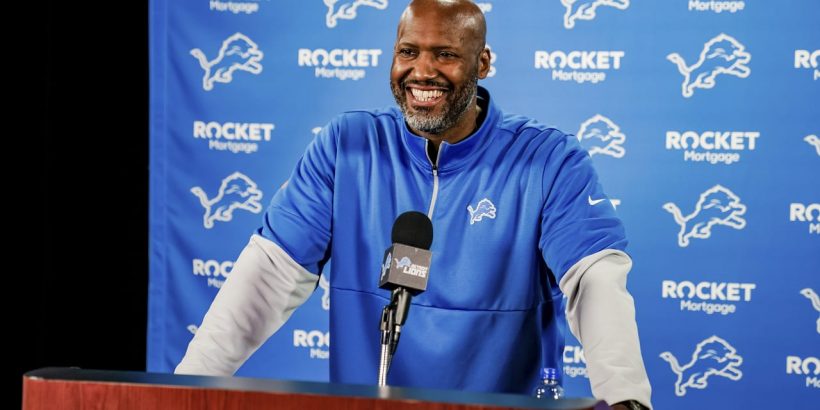 The Lions trading away Matthew Stafford made it clear they were ready to rebuild. That the deal involved Jared Goff, whose contract exceeded Stafford’s, gave the impression they were settled at the quarterback position for at least a few years.

Their commitment to the 26-year-old former Ram could be shorter lived.

Detroit owns the No. 7 pick in the upcoming QB-rich draft, something new general manager Brad Holmes noted last week was on his radar. This week, on the Huddle & Flow podcast with NFL Network’s Steve Wyche and Jim Trotter, Holmes rejected the notion he’s out of the QB market.

“No, absolutely not,” Holmes said. “I don’t think when you’re picking this high that you can be out on any position. But obviously quarterback is such an important position. And I just think it’s good drafting business always to be very, very thorough on that quarterback class regardless of what your situation is. When I was with the Rams, I always said that regardless of what you had at quarterback, and even especially now, it’s the same approach.

“It is a good crop coming out this year. It’s definitely not a position that will be ignored by us by any means.”

If you think Holmes is bluffing, look no further than the Lions’ books. Goff carries a dead cap hit of $43.3 million this year. He’ll be on the 2021 roster. But that figure freefalls to $15.5 million next year and then zero after that.

It’s not out of the question that the Lions would draft Goff’s successor next month. If they fall in love with one of the top prospects not named Trevor Lawrence, who will presumably go first to the Jaguars, Holmes is in prime position to select the future face of the franchise.

“What’s cool about this year is that they’re in all different flavors,” Holmes said last week of the 2021 QB class. “You have the guy that can actually do it all, can do it from the pocket, do it with his legs; you have another guy that’s probably a little more does it with his legs, a little bit more being creative; there’s another guy that actually probably does it more from the pocket. All the different flavors makes it very intriguing in terms of when you’re looking across the whole scope of the class of these quarterbacks.”

Detroit has other pressing needs, of course — wide receiver, defensive line and defensive back come to mind. But as Holmes said, quarterback is too important to be ignored. If the Lions don’t see Goff as a long-term option, it makes sense to start grooming his successor sooner rather than later. Zach Wilson, Justin Fields, Trey Lance and Mac Jones should take note.

You can hear the full episode of the “Huddle & Flow” podcast hosted by Steve Wyche and Jim Trotter on Apple Podcasts*,*Spotify or your favorite podcast provider.