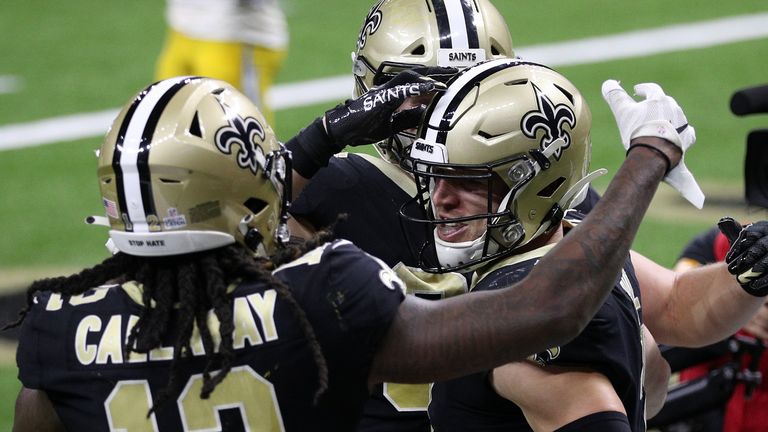 Michael Badgley missed with a 50-yard game-winning field goal attempt before the Los Angeles Chargers were then beaten 30-27 by the New Orleans Saints in overtime on Monday Night Football.

The Saints overcame a sluggish start, and a 20-3 second-quarter deficit, to tie the game up at 27-27 in the final minute after a nine-yard Taysom Hill touchdown run. 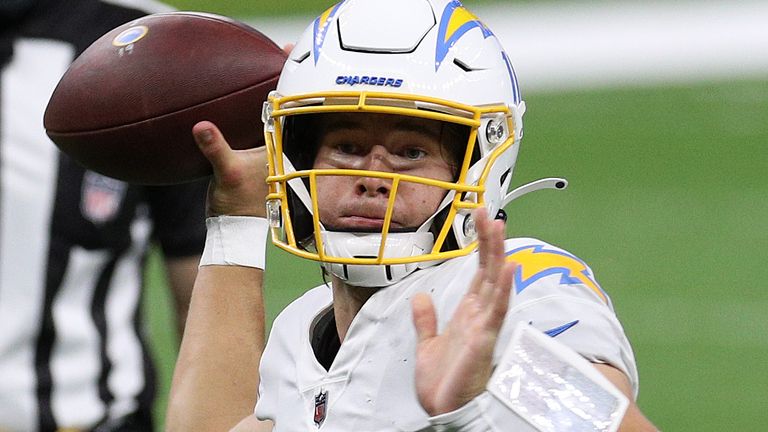 But, Chargers quarterback Justin Herbert – who threw four touchdown passes in the contest as his impressive rookie season continues – drove the team down field to set up Badgley’s kick in the final seconds, which ultimately struck the upright.

In overtime, Wil Lutz nailed his third field goal attempt of the night, from 36 yards, on the Saints’ opening possession. The Chargers, in reply, came up short as Mike Williams was brilliantly tackled by Marshon Lattimore just shy of the first-down marker on fourth down from around midfield, ending the game.

The Saints move to 3-2 on the season and take a share of the lead in the NFC South, with the Tampa Bay Buccaneers and Carolina Panthers. L.A. (1-4) slip to the foot of the AFC West, with head coach Anthony Lynn’s woeful run in one-score games continuing – his Chargers team are 3-13 in such games since he took over in 2017.

Herbert brings hope to Lynn’s squad, however, as he completed 20 of 34 for 264 yards, with Williams catching two of his TDs, Keenan Allen one (before leaving the game because of a back injury) and tight end Hunter Henry the other.

On the Chargers’ second possession of the game, Herbert drove them 80 yards down the field, throwing a 17-yard TD to Allen on third-and-seven, giving L.A. a 6-0 lead after Badgley, hinting at what was to come, missed with the extra point attempt.

Lutz kicked a 48-yard field goal to cut the lead to 6-3 at the end of the first quarter, but Herbert struck twice more in the second, either side of a Drew Brees interception returned to the one-yard line, to see his side into a handy 17-point lead.

A second Lutz field goal accounted for the only points of the third quarter, while the game was tied up at 20-20 early in the fourth when Brees found tight end Jared Cook for a 41-yard touchdown.

Herbert responded with a 64-yard scoring strike of his own to Williams, wrestling back the lead for the Chargers with just over three minutes to play.

But, the versatile Hill ran into the endzone to again see the Saints level and they’d prove victorious in overtime after Badgley missed kick in the finals seconds of regulation.

Sky Sports NFL is your dedicated channel for NFL coverage through the season – featuring a host of NFL Network programming, a new weekly preview show as well as at least five games a week and NFL RedZone, you won’t miss a moment.