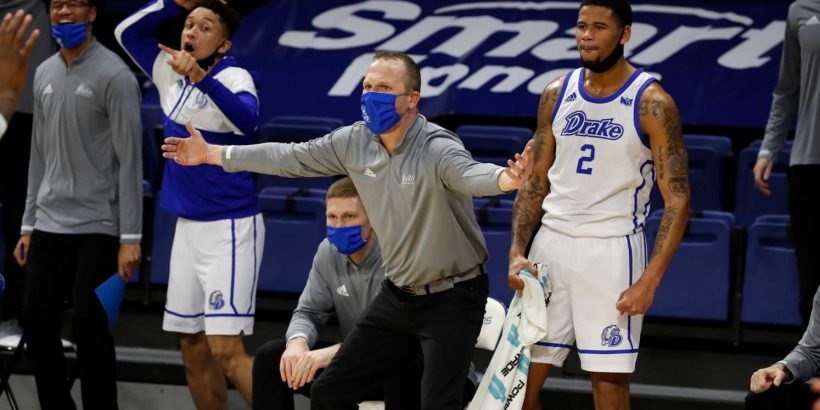 Selection Sunday is here — finally — after a two-year wait.

That means teams on the NCAA Tournament bubble are sweating it out big time as they patiently wait to either jump up in jubilation — if announcer Greg Gumbel calls their name on the selection show (6 p.m. ET on CBS) — or fall into misery if they have to settle for the NIT.

Much of the borderline teams' postseason fate will be determined by the committee assessing their full body of work. Of course, conference championship week revved up the debating as bubble teams either bolstered (Syracuse) or stained (Wichita State) their respective résumés in the final week. None of the fringe teams will be thanking bid-thieves Georgetown or Oregon State for making two less spots available at the last minute.

Among the teams most likely to get in the field of 68 are VCU and Saint Bonaventure, playing each other in the Atlantic 10 Conference Tournament final Sunday. A win for VCU would make it a safer bet for both teams to go dancing.

Among the bubble teams that aren't likely to get in, Big East teams Seton Hall, St. John's and Xavier all have decent profiles but none present enough to entice the committee and keep them in. Some bubble teams were just one win away from vaulting into the field. Ole Miss was one possession away from an at-large bid before it bowed out to LSU in the SEC Tournament quarterfinal, while Memphis was also ready to crash into the field before falling to Houston in the American Athletic Tournament semifinal.

Under to COVID-19 protocols, the last four teams out will act as stand-by replacements for the tournament. There's a slight chance Duke — once considered to be done following its COVID-driven finish in the ACC tournament — sneaks into that equation.

Below is a look at the seven bubble teams that will be sweating it out the most.

Despite losing to top-seeded Virginia on a buzzer-beater on Thursday, the Orange (16-9, 9-7 ACC) figure to be among the last four to sneak into the projected field. They did enough in championship week by beating North Carolina State in the second round of the ACC tournament — their third consecutive victory. Still, it's gonna be close for coach Jim Boeheim's team. The committee will see just one Quadrant 1 win on the team's profile. ► Bracketology: Last four in, No. 12 seed.

The Bulldogs (25-4, 15-3 Missouri Valley) have been off all week since losing in the MVC tournament final to Loyola-Chicago. While they were relatively safe at the beginning of the week, the program has watched several bubble teams pass by (Syracuse) or inch close. It will likely go down to the wire for coach Darian DeVries' team because Drake has a NET score in the 40s with a high win count. But just one Quadrant 1 victory (over Loyola-Chicago) and a non-conference strength of schedule in the 300s won't impress the selection committee. ► Bracketology: Last four in, No. 12 seed.

Drake coach Darian DeVries motions from the bench in the second half of play against the Northern Iowa Panthers at Knapp Center. (Photo: David Purdy, Getty Images)

The Aggies (20-8, 15-4 Mountain West) came up short in the MWC tournament final vs. San Diego State, and as a result, they'll be sweating it out on Selection Sunday. Utah State's résumé only has two Quadrant 1 victories but its NET score in the 30s and top-45 non-conference strength of schedule is better than its Mountain West counterparts also on the bubble. What's troublesome: Utah State has two Quad 3 losses and lost to fellow bubble team Boise State twice. ► Bracketology: Last four in, No. 12 seed.

The Shockers (16-5, 11-2 American Athletic) won the regular-season AAC title but got bounced in the AAC tournament semifinals to Cincinnati. That loss could prove costly because without an automatic bid, Wichita State really isn't that safe with its overall credentials. Wichita State's NET score is in the 60s and it only has two Quadrant 1 wins on its profile. A top-15 non-conference strength of schedule could save this team. ► Bracketology: First Four out.

The Rams (18-6, 14-4 Mountain West) lost to fellow bubble team Utah State in the MWC tournament semifinals, and that's an outcome the committee could see  as a de facto elimination game should it be close between Colorado State and Utah State. Colorado State has a NET score in the 50s and one of its two Quadrant 1 wins came against San Diego State, the regular-season and tournament champion in the Mountain West. ► Bracketology: First Four out.

The Broncos (18-8, 14-6 Mountain West) have an interesting case for an at-large bid. Despite only two Quadrant 1 wins and a NET score in the 50s, Boise State owns the second best non-conference strength of schedule in the country. One red flag for the selection committee, though, is a Quadrant 4 loss to Fresno State that stains Boise State's résumé. Despite losing its last four games, including in the MWC quarterfinals to Nevada, Boise State has fared well against other bubble teams in its conference, slitting with Colorado State and beating Utah State twice. ► Bracketology: First Four out.

The Billikens, like Drake, have been watching all week while power conference bubble teams vie for at-large bids. The Atlantic 10 tournament final is Sunday, but all the previous matchups ended last weekend, and Saint Louis (14-6, 6-4 Atlantic 10) was ousted by fellow bubble team Saint Bonaventure. It will be a close call for the committee when examining Saint Louis' credentials. The Billikens own two Quadrant 1 wins, including an impressive one over LSU, and post a NET score in the 40s. It's a non-conference strength of schedule of 245 and not enough wins that could be deal-breakers. ► Bracketology: First Four out.

Note: Most statistical data is used from WarrenNolan.com. The NET rankings (NCAA Evaluation Tool) also are a reference point.

About our bracketologist: Shelby Mast has been projecting the field since 2005 on his website, Bracket W.A.G. He joined USA TODAY in 2014. In his eighth season as our national bracketologist, Mast has finished as one of the top three bracketologists in the past seven March Madnesses. He’s also predicted for The Indianapolis Star, collegeinsider.com and is an inaugural member of the Super 10 Selection Committee. Follow him on Twitter @BracketWag.