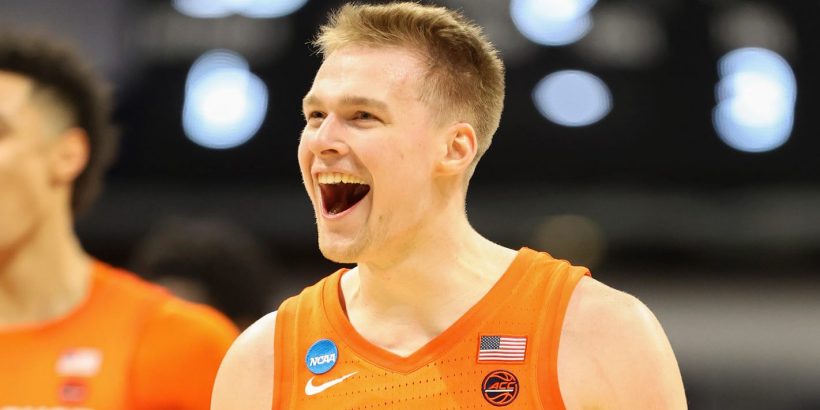 The first full day of the men's NCAA Tournament returned with the madness we've grown to expect.

Those bracket-busting upsets are precisely what put the madness in March, with the single elimination format delivering a brutal blow to the higher-seeded Big Ten teams of the tourney.

There were also those teams that set out to prove doubters and naysayers wrong by fending off the masses that picked against them (ahem, Villanova, Wisconsin). The only narrative we can expect is one of unexpectedness.

With Friday's 16 games in the rear-view, here's a look at six key takeaways:

Oral Roberts is this year's Cinderella. The Golden Eagles became just the ninth No. 15 seed in NCAA Tournament history to dispatch a No. 2 seed with a thrilling 75-72 win over Ohio State. This team has two stars that provide ammunition for an even deeper March run (Sweet 16?). Max Abmas — the nation's leading scorer — and sidekick Kevin Obanor combined for 59 points against the Buckeyes. Florida might have the better seed in the second round, but Oral Roberts will have the bracket-busting momentum.