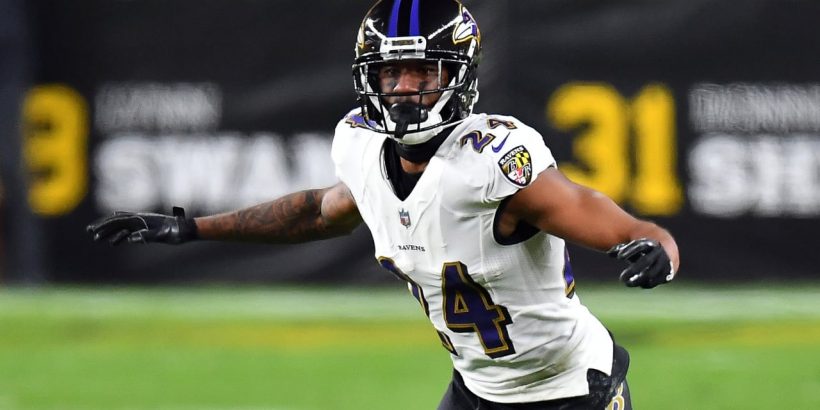 The Chiefs, you ask? No, it’s the Los Angeles Rams, the club that sent him packing to the Ravens in 2019 only to replace him hours later with a deal for ﻿Jalen Ramsey﻿. That season, Peters was letting it fly verbally through Baltimore’s bludgeoning of the Rams, and made sure to give Ramsey an earful during postgame meetings near midfield.

Over a year later, Peters still despises the Rams just as passionately.

“F— them,” Peters said in a clip from Catching Fades with Aqib Talib released Tuesday, via ESPN. “I felt disrespected. In the sense of, yeah, you can trade me. That’s part of the business. But two minutes after that, you bring in another guy who do the same s— I do, maybe a little bit different. If we want to play this compare game, I do a little bit more. That s— was disrespectful to me.”

Clearly, the disrespect Peters perceived still drives him to prove Los Angeles wrong in its decision to send him to Baltimore, where he’s proven to be a valuable piece of the Ravens’ defense. As he said, “that’s how I was feeling, and I’m still feeling like that.”

The 2019 season was one of disappointment for the Rams, who had reached the previous campaign’s Super Bowl, but fell sharply to the rest of the pack in the following year. Baltimore, meanwhile, was on the rise, going 14-2 and reaching the Divisional Round before the Ravens were upset by the Tennessee Titans.

For Peters, the move has been good. But he hasn’t forgotten how he felt he was wronged by a team that signaled it believed Ramsey was superior to Peters.

He’ll get another chance to prove them wrong when the Ravens and Rams meet in 2021. We’ll learn when that comes with next week’s schedule release on May 12.