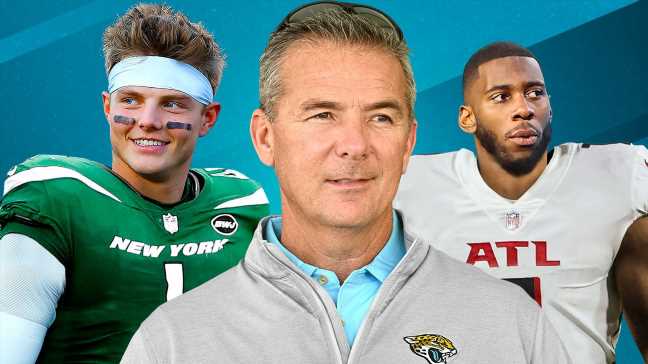 The 2021 NFL draft has finally come to a close, with 259 exciting prospects joining NFL franchises over three days. For the most part, I was impressed with how teams went about the process this year, and there were a lot of savvy selections, especially on the first two days. In all, 86 of my top 100 prospects were drafted in the first 100 picks. Five teams in need landed a franchise QB on Day 1. And I liked a bunch of Day 3 steals at multiple positions. It wasn’t an easy year to scout for these franchises, but they put together some intriguing individual classes.

I’ll leave the team grades to my guy Mel Kiper Jr., but I really liked what the Jets, Dolphins, Vikings and Giants did at the draft. The Jets got their QB in Zach Wilson and then surrounded him with talent, including some playmaking steals in Rounds 2 through 4. The Dolphins loaded up with five top-60 prospects on Thursday and Friday. And then the Vikings and Giants each got good value on trades and attacked multiple needs.

But what was the best pick for every team? I’ll highlight one selection for all 32 franchises that I thought was excellent and really stood out. But to be clear, “best pick” does not necessarily mean “best player.” Team needs, the value a player presented in comparison to my board, scheme fit and any trades related to the pick all factor in here. In other words, each team’s top-ranked or earliest selection doesn’t automatically translate to their best selection.

Let’s get into it, starting with the reloading AFC East, but you can jump to any team below and see its aced pick.

The Bills didn’t come in with a ton of holes, but their edge rushing unit needed some revamping. Jerry Hughes will turn 33 years old before the 2021 season starts, and no Buffalo player had more than five sacks last season. But the Bills dove in on the pass-rushing class, taking Miami’s Gregory Rousseau at the end of Round 1, before getting Basham on Friday night. I like both players, but I’m going with the better value in Basham. I actually had Basham ranked a little higher than Rousseau at No. 43 overall, but Buffalo really needs both to be productive to improve its pressure.

Basham has a ton of power and quickness, and I was impressed with how often he was disruptive in college despite drawing a lot of attention from opposing blockers. Against the run, Basham has the foot speed and hands to slip blocks to make plays in the backfield, but gap discipline is a little inconsistent. For me, though, his versatility is key. He can kick inside on obvious passing downs, and while he can get home on the QB from there, he also does a really nice job getting his hands in passing lanes. Rousseau also is versatile enough to line up inside, and that duo will allow defensive coordinator Leslie Frazier to do a lot of different things up front.