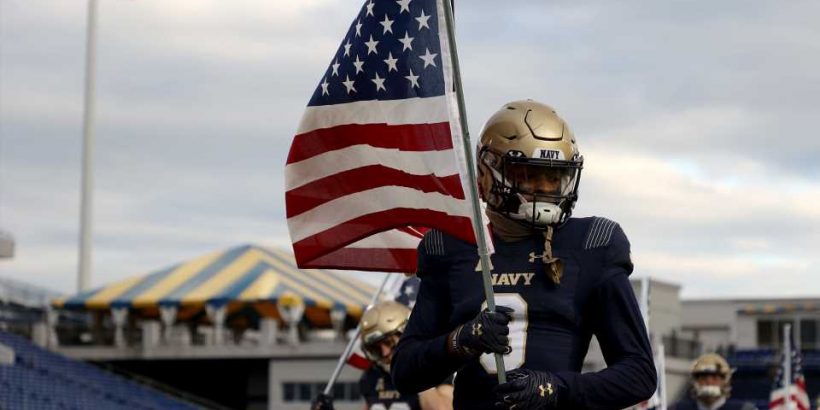 Kinley, who signed with the Buccaneers as an undrafted free agent, had his application to delay his service denied. As a result, he’s set to commission into the Navy as an ensign and will not be able to play for Tampa Bay until he finishes his service.

In the aftermath of this decision, Kinley released a statement on his personal Twitter account that detailed his thoughts and feelings about the matter. He also prompted a question about why his request was denied while other players from military schools are allowed to play in the NFL.

Currently, I have four other counterparts who have not been denied the opportunity to participate in the NFL: Jon Rhattigan (West Point/Seahawks), Nolan Laufenberg (Air Force/Broncos), George Silvanic (Air Force/Rams), and Parker Ferguson (Air Force/Jets). While I acknowledge that these men are from different branches of the armed services, it puzzles me as to why I am the only person to be denied this opportunity.

I am very aware of the commitment that I made to service when I first arrivated at the United States Naval Academy. I look forward to my career as a naval officer in the information warfare community. However, I am deserving of the opportunity to live out another one of my life-long dreams before fulfilling my service requirement.

Certainly, it’s odd that Kinley’s requirements wouldn’t be waived while other service members were granted the right to play. As Kinley mentioned, it could have to do with an increased need for naval officers, but he wasn’t provided with an explanation for the denial of his request.

And as Divine Sports and Entertainment co-founder Ryan Williams-Jenkins said in a statement to ESPN, it has been common for members of the armed services to have their requirements waived to play.

“As a Naval Academy graduate, football player, and decorated combat veteran I understand Cameron’s commitment,” Williams-Jenkins said. “I also understand there are ways he can fulfill his commitment while representing the Navy and playing professional sports. I played with three-time Super Bowl Champion Joe Cardona, who still serves our country as a Navy reservist. If there is a directive and precedent allowing other service academy athletes to pursue this opportunity, what makes Cameron different? It is important to note that this could have a long-term impact on his mental health going forward. He wants to fulfill both of his childhood dreams, playing in the NFL and honorably serving his country.”

And the three current Navy players in the NFL, Malcolm Perry, Cardona and Paul Quessenberry, are good examples of this. Only one of them, Quessenberry, had to serve right away. The other two have either yet to complete their services (Perry, who was drafted in 2020) or completed their service while playing in the NFL (Cardona, who was drafted in 2015 and still serves).

Either way, Kinley hopes the decision will be overturned so he can continue to compete with the Buccaneers. But if things stay the way they are, the undrafted rookie won’t be able to battle for a roster spot with the Super Bowl champions.