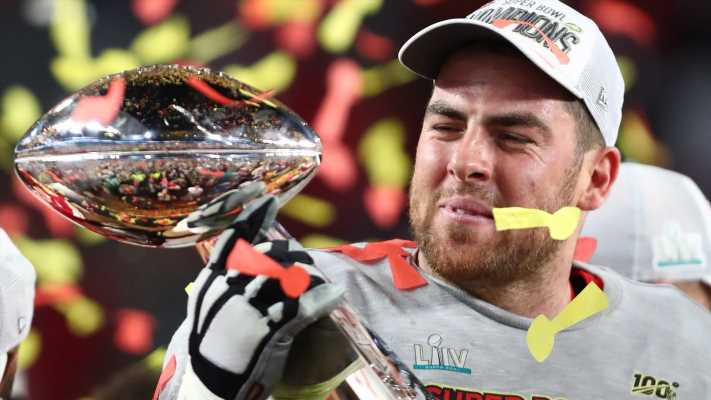 INDIANAPOLIS — The man who knows Eric Fisher’s left Achilles tendon better than anybody else isn’t putting any timelines on his recovery.

Fisher, 30, tore his Achilles in Kansas City’s AFC championship game win over Buffalo, and with the two-time Pro Bowler expected to replace Anthony Castonzo at left tackle on one of the NFL’s best offensive lines this season, that tendon is going to be the subject of a lot of questions in the weeks and months leading up to – and perhaps during – the 2021 season.

But Fisher, who met with Indianapolis media following a rehab session Thursday, prefers to keep the details of his recovery to himself.

“What I can tell you is I’m a big ‘control what you can control’ kind of guy,” Fisher said. “Obviously, I’d like to snap my fingers and have a perfect Achilles again, but you know, that’s not the case. Obviously, the club feels good with where I’m at, I’m feeling good, but any other questions about my Achilles, I’ll leave up to Chris Ballard or Coach (Frank Reich).”

The Colts themselves haven’t publicly put a timeline on Fisher’s recovery, but Ballard and the medical staff clearly felt comfortable with their evaluation of the injury, given that Indianapolis handed Fisher a one-year deal worth up to $9.4 million last week even though there were other potential starters, like former Bears tackle Charles Leno, on the market.

WINNERS, LOSERS OF SCHEDULE RELEASE: Who got toughest breaks on 2021 slate?

Fisher’s old team, the Chiefs, have sent mixed signals about the injury.

At the beginning of March, Kansas City general manager Brett Veach said he believed Fisher would be able to be back on the field by mid-August, but Veach then released his long-time left tackle, a Pro Bowl selection in two of the last three seasons, less than two weeks later

“You spend eight years with a team and do a lot of good things with a team. … Obviously, nobody likes being fired,” Fisher said. “But it’s a part of the game. It’s a business that requires you to be healthy, but I’m looking forward to overcoming that obstacle and that hurdle I was dealt.”

Ultimately, the Chiefs ended up replacing Fisher by trading for Baltimore’s Orlando Brown, but it was still a shock for the No. 1 overall pick to be released due to the injury he’d suffered in the AFC Championship Game. Fisher’s worth to Kansas City was proven two weeks later when Tampa Bay’s pass rushers ran roughshod over the Chiefs’ tackles and shut Patrick Mahomes down in the Super Bowl.

“One of the things that drove me nuts about that injury was where I was at in my career,” Fisher said. “Injuries are something you can’t control. It’s a part of the game. It’s something that happens. But it was a pretty big bummer to be a thousand-plus snaps deep in the season and have that happen when you’re so close to the trophy there.”

Fisher didn’t offer a whole lot of details on Thursday.

But he sounded like a player who believes fully in his ability to come back in 2021 and play at the level he was playing in Kansas City.

“I’m nowhere near being done,” Fisher said. “I feel like I’ve got a lot of years left in me.”

Fisher, the No. 1 pick in 2013, has come into his own over the last half-decade in Kansas City, transforming himself from a tackle who’d received some criticism into a two-time Pro Bowler capable of protecting one of the most mobile quarterbacks in the NFL.

Once he’s healthy, Fisher will face a similar task blocking for another mobile quarterback in Carson Wentz. Indianapolis has indicated that it believes backup tackle Sam Tevi can play good football as the starting left tackle in a pinch, so the Colts do not have to hurry Fisher back before he’s ready, but Indianapolis ultimately signed Fisher in order to keep its dominant offensive line clicking in 2021.

Fisher has to get his Achilles tendon back to full strength for that to happen.

And even if he’s not offering a lot of details, Fisher sounds like he’s planning on being a key cog for the Colts offense this season.

“I’m excited to be getting healthy,” Fisher said. “Get back to work and keep on rolling.”