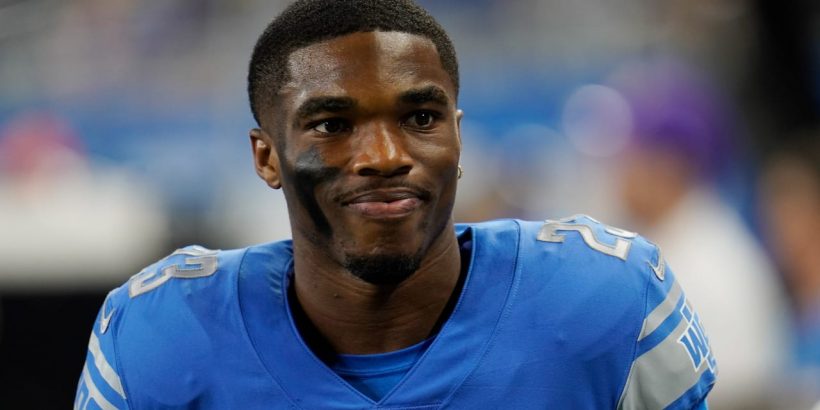 The 2021 season is already over for Detroit Lions corner Jeff Okudah﻿.

NFL Network’s Tom Pelissero reported that the former first-round pick suffered a ruptured Achilles tendon, an MRI confirmed, per a source informed of the situation.

It was the news the Lions feared when the corner suffered the injury Sunday afternoon.

Okudah played 48 snaps before exiting the game early in the fourth quarter of the San Francisco 49ers’ 41-33 win in Detroit.

It’s a brutal premature end to the season for Okudah after the Lions believed he was improving following a rocky rookie campaign. The corner earned four tackles and a pass breakup in the loss. He was also beat deep on a 79-yard catch-and-run touchdown by Niners receiver Deebo Samuel﻿.

The Lions were hopeful the former No. 3 overall pick in 2020 could turn the corner under the tutelage of new DBs coach Aubrey Pleasant. Now that plan is back to the drawing board with Okudah suffering an injury that is traditionally difficult for corners to recover from.