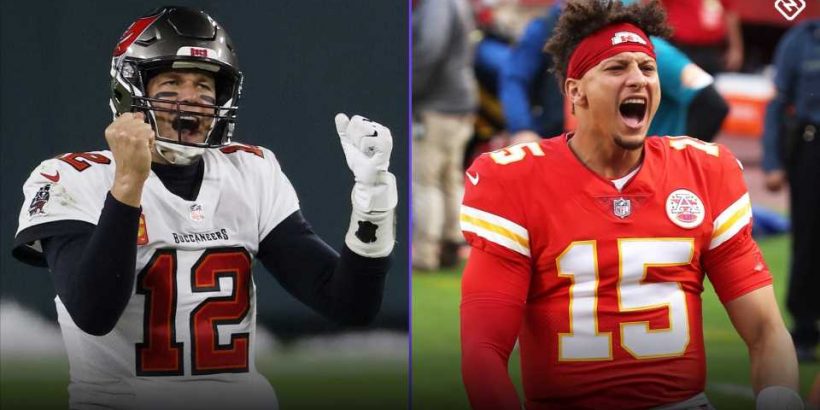 There are many ways to measure NFL strength of schedule. In 2021, with the dates and times now released for all 272 games and with every team playing 17 games, that’s no different; what a team’s schedule might appear to be on paper may not reflect its real degree of difficulty — or ease.

What looks like a strong or weak slate can be deceptive, because the level of opponents won’t stay the same as what it was last season. Likewise, given that every season has ebbs and flows, when and where a team plays at various points in its schedule can have a huge effect on overall results.

Tom Brady’s Bucs are back in business with a favorable slate as they look to repeat as Super Bowl champions. They start with two at home against the Cowboys and Falcons, building to road challenges against the Rams and Patriots. They should be undefeated in Tampa in the first half with the Dolphins and Bears also coming in.

The NFC South will be a little weaker and the NFC East will be only a little stronger. The Bills are by far the toughest game, and that’s at home in Week 14.

The Chiefs come out of the gate with a home playoff rematch vs. the Browns and get their matchups vs. the Ravens (road) and Bills (home) out of the way by Week 5. The Packers and Cowboys both come to them, in Weeks 9 and 11, respectively.

Once they return from their Week 12 bye, the Chiefs should roll into the playoffs, with games against the Broncos bookending contests against the Raiders, Chargers, Steelers and Bengals.

The Ravens start off OK with manageable road games against the Raiders, Lions and Broncos. But surrounding those are home dates with the Chiefs (Week 2), Colts (Week 5) and Chargers (Week 6). Their schedule is backloaded after their Week 8 bye; hosting the Vikings is immediately offset by away games at Miami and Chicago.

Baltimore faces Cleveland and Pittsburgh twice each in the final seven weeks. Around that time, the Ravens’ two toughest interconference games loom, vs. the Packers in Week 15 and vs. the Rams in Week 17.

The Raiders open with those Ravens, and two more tough early home games against the Dolphins and Bears will follow. They go to the Steelers in Week 2 and play at the Chargers in Week 4. That doesn’t bode well for a needed fast start.

After a Week 8 bye, Las Vegas will still have its pair against Kansas City, in Weeks 10 and 14. Cleveland, Dallas and Indianapolis are other daunting second-half road trips.

San Francisco gets the benefit of a last-place schedule while not profiling as a true last-place team. Starting on the road twice isn’t so bad when it’s against the Lions and Eagles. Then come the Packers and Seahawks at home, getting those out of the way early.

The real reward comes deep into the second half, with the Jaguars in Week 11, the Bengals in Week 14, the Falcons in Week 15 and the Texans in Week 17.

The Rams start against three fellow 2020 playoff teams, the Bears (home), Colts (road) and Buccaneers. The trip to Seattle is in Week 5. The second half beginning in Week 9 doesn’t feel comfortable, either: vs. the Titans, at the 49ers and a bye before a game at the Packers. The road stays tough until the close with the Cardinals, Vikings and Ravens, with home rematches with the Seahawks and 49ers mixed in.

Dallas starts at Tampa Bay but things get easier from there, with winnable road games against the Chargers and Patriots sandwiching consecutive home dates against the Eagles, Panthers and Giants.

The second half spikes with a trip to Kansas City, but the Cowboys also get the Falcons, the weak half of the AFC West and plenty of their own division down the stretch. The Cardinals might be the trickiest trap late, but that’s at home in Week 17.

Getting Denver and Atlanta at home in two of the first three weeks is acceptable, but around that are road trips to Washington, New Orleans and Dallas before a home date with the Rams in Week 6.

New York must go back on the road for Kansas City in Week 8 and Tampa Bay in Week 11, and the away challenges never relent after that: the Giants must go to the Dolphins, Chargers, Eagles and Bears in four of their final six games.

The Dolphins also will play at the Buccaneers, but outside of the division contest at the Bills, the other road games are manageable, with the Saints and Titans standing out among the away opponents. There are also good breaks scattered throughout the schedule by virtue of playing every team in the NFC South and AFC South.

The Colts’ opening is bad enough with the Seahawks and Rams back-to-back at home. Then they get three consecutive road games — at Tennessee, Miami and Baltimore.

Getting the Texans and Jaguars twice each is offset by trips to Buffalo and San Francisco, plus a home date with the Buccaneers, who serve as the extra opponent for Indy’s 17-game slate. After a late Week 14 bye, the Colts host the Patriots and then go to the Cardinals.