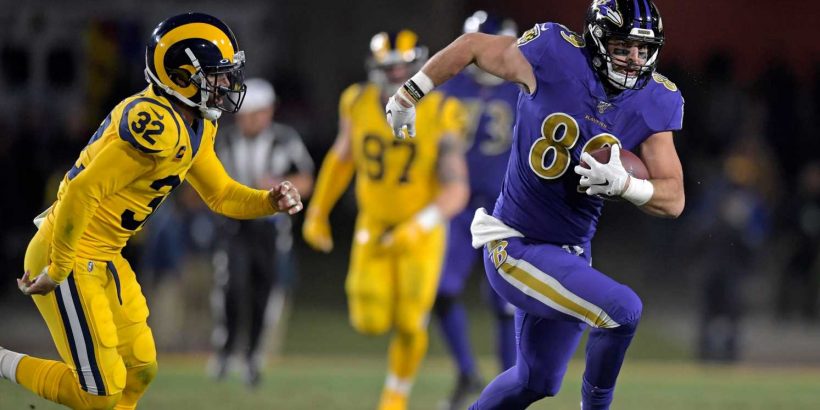 One of the consequences of the NFL's newly confirmed expansion of the regular season to 17 games per team is an alteration to the league's scheduling matrix – one that essentially lays out every club's future opponents in perpetuity.

To wit, every team plays its divisional opponents twice annually (home and away), while pairing off against all four teams from another division within the conference with another four games coming against a division outside the conference – those matchups set on a rotating basis. The final two games from the previous 16-game schedule were of the intraconference variety: For example, if the Denver Broncos finished in second place the previous season and were playing all of the AFC South teams in the subsequent season, then they would also draw the second-place clubs from the AFC East and AFC North to round out their lineup of opponents.

The new scheduling formula will basically incorporate several of those variables moving forward. Every team will now play an extra non-conference game as part of the 17-game equation, one that will be partially determined by a team's finish the previous season: For example, the New Orleans Saints face the AFC South every four years, last doing so in 2019 with the next full round of matchups occurring in 2023 – but the new wrinkle comes at the midway point of that cycle, when they face the one AFC South team that placed in the same spot in the standings in the previous year.

That means the Saints, NFC South kings once again in 2020, will face the defending AFC South champion Tennessee Titans in 2021. The Super Bowl 55 champion Tampa Bay Buccaneers, who finished second in their division last year, will face the second-place Indianapolis Colts. Etc., etc.

MOCK DRAFT: How do 49ers' trade up to No. 3, free agency affect first round?

So what does all that mean for the entirety of the 2021 season? Here are your 16 "bonus" games, ranked worst to first:

A few weeks ago, we might have been speculating as to which of these teams QB Deshaun Watson would be playing for. Sadly, it's now unclear if he'll even be eligible for what projected as a pretty lackluster matchup anyway.

Could've been the Matt Prater Bowl … except he just left Motown for Arizona. Welp. Remember the time when the Lions beat the Tim Tebow-led Broncos 45-10 in 2011 during his first start in Denver? That was fun. "Tebow Time" took off the following week.

Potentially a pretty juicy pairing and a likely favorite of the fantasy community as well given the passing numbers that could get posted here … but probably not as captivating as the time Adrian Peterson ran for a record 296 yards against the Bolts in 2007.

Jacksonville and southern Georgia are pretty much the same thing. We'd also assume Trevor Lawrence's family and friends from Cartersville, Georgia, will be making the trip to Duval County for this one. The rest of the country's feelings? "Meh."

A battle of apples from the Bill Belichick tree as the Giants' Joe Judge and Miami's Brian Flores square off … likely in front of quite a few transplanted New Yorkers bound to make this feel more like a neutral site contest or even a Giants home game.

Fun fact: The Eagles are 11-0 all time against the Jets. No pressure, Jalen Hurts.

The quarterback of the past, Jimmy Garoppolo – assuming he's still starting – against the quarterback of the future, Joe Burrow. This will also bring back great memories for Joe Montana … but not so much for Cincinnati resident Cris Collinsworth – who lost both of his Super Bowl appearances as a player to Montana's Niners.

JARRETT BELL: 49ers show they're not afraid to be bold with QB play at top of draft

WINNERS AND LOSERS: From pre-draft trades by Dolphins, 49ers and Eagles

It would've been preferable if Khalil Mack was making one more visit to the Black Hole rather than his first NFL foray into Sin City.

Headlined by former Oklahoma Sooners Heisman Trophy winners Kyler Murray and Baker Mayfield, this could also be an opportunity for the Browns to give new Cards DE J.J. Watt buyer's remorse.

A battle of 2020 division winners featuring two of the league's fast-rising stars in Buffalo QB Josh Allen and Washington DE Chase Young … and presumably a better game than Super Bowl 26.

It's been nearly two years since QB Ben Roethlisberger's right elbow came unglued against Seattle. He'll be hoping for a better outcome this time, while Seahawks QB Russell Wilson can only pray he isn't "getting hit too much" by T.J. Watt and the league's premier pass-rushing defense.

This game will feature two of the league's premier backs, New Orleans' Alvin Kamara and Tennessee's Derrick Henry, who cause their damage in unique ways. Meanwhile, Saints QB Jameis Winston can only hope he's enjoying a career resurrection on par with the one Ryan Tannehill has had in Nashville.

"America's Team" vs. the Patriots … Twitter will likely get out of hand between these fan bases during the run-up to kickoff – to say nothing of the other 30 fan bases and legions of casual onlookers who despise both franchises.

Two years ago, Lamar Jackson shredded a team coming off a Super Bowl berth 45-6. Last year, the Rams were the NFL's stingiest defense both in yards and points allowed. Should be interesting to see how Aaron Donald and Co. (plus new QB Matthew Stafford) respond in the rematch.

Tom Brady vs. the Colts used to be the first matchup we circled every year the NFL schedule was released. Even without Peyton Manning around, this should still be must-watch TV from Lucas Oil Stadium.