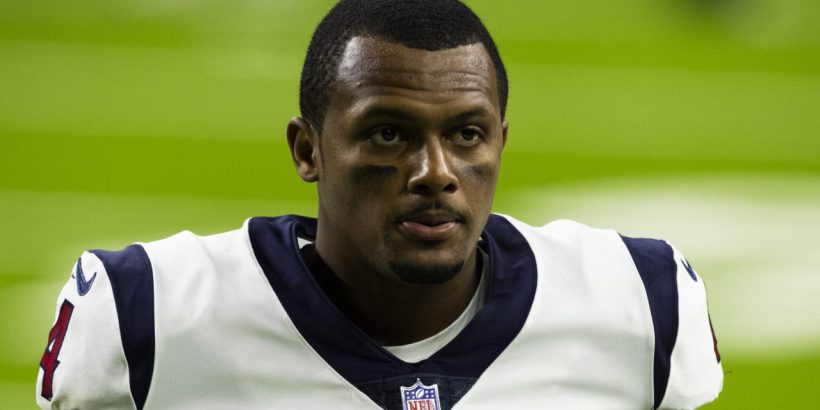 “We are deeply concerned by the disturbing allegations and have suspended Deshaun Watson﻿,” the sports apparel company said Wednesday in a statement obtained by NFL Network Insider Ian Rapoport. “We will continue to closely monitor the situation.”

Watson has been accused by 22 women in civil lawsuits of sexual assault and misconduct during massage sessions. On Tuesday, two of the women spoke out publicly for the first time, detailing their experiences with Watson.

The NFL released the following statement Tuesday: “The allegations are deeply disturbing and we take these issues very seriously. Immediately following news of the first allegations last month, and as has been reported, we initiated an investigation under the NFL’s Personal Conduct Policy. We are continuing to closely monitor all developments in the matter.”

NFL Network’s Mike Garafolo reported the league office has been in contact with attorney Tony Buzbee, who is representing all 22 of Watson’s accusers, as part of its investigation into the allegations against Watson.

Watson’s attorney, Rusty Hardin, has called the allegations “meritless” and has questioned the claims against Watson.

The Houston Police Department said last week it was investigating Watson after a complainant had filed a report with the agency.

In a recent email to season ticket holders, Texans chairman Cal McNair, whose family owns the team, said they were aware of the lawsuits against Watson and that the team takes “these allegations very seriously.”