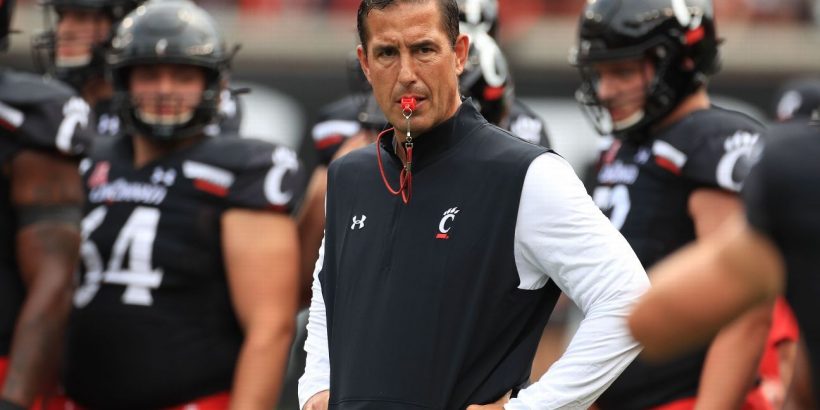 Brian Kelly turned 60 on Oct. 25, a month after he became the winningest coach in Notre Dame history.

Kelly seemed to be in the legacy-building stage of his Hall of Fame career. He had stabilized and upgraded Notre Dame’s program, rebounding from a 4-8 season in 2016 to string together campaigns of double-digit wins. Notre Dame made the College Football Playoff in 2018 and 2020 and seemed positioned to contend for the top four on a somewhat regular basis.

Kelly, who flirted with the NFL early in his career, didn’t seem like a coach ready to depart for another college job. Just last week, he joked that unless a fairy godmother came along with a $250 million check, he would retire at Notre Dame as one of the program’s greatest coaches.

LSU athletic director Scott Woodward must own a cloak and a magic wand.

In an absolutely stunning move, Kelly is leaving Notre Dame to become the next LSU coach. He won 92 games with the Fighting Irish in 12 years, including 10 or more in each of the past five seasons.

Kelly’s departure frees up yet another A-list job in a historic coaching carousel. Notre Dame hasn’t won a national title since 1988, but many coaches still view it as one of the best jobs in the sport. The Fighting Irish recruit nationally, boast a national fan following and play games around the country.

Kelly undoubtedly leaves his successor a better program than he inherited from Charlie Weis. Notre Dame athletic director Jack Swarbrick has been in place since 2008, and the university has made some important recent upgrades, including an indoor practice field just for football.

Swarbrick will have no shortage of interested candidates. I’d be a bit surprised if he goes beyond No. 3 or 4 on this list.