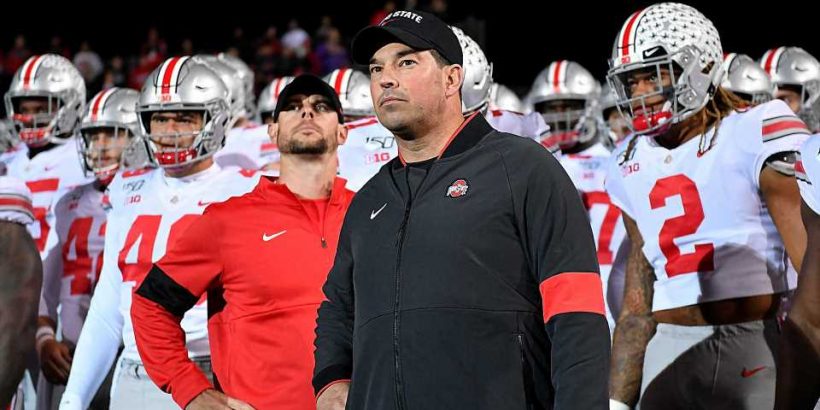 Ohio State won’t be at full power when it takes on Alabama in the 2020 College Football Playoff championship game Monday.

According to a report from Dan Wolken of USA Today Sports, the Buckeyes will be minus 14 players. That includes three starters, two of them on the defensive line. How big an impact that creates in the matchup remains to be seen, but Ohio State was without 16 players when it shocked No. 2 Clemson 49-28 in the Sugar Bowl semifinal.

In that sense, this is nothing new for Ryan Day and Co.: the team missed three games this year due to outbreaks among its players and other teams, including its regular season-ending rivalry matchup against Michigan.

Here are all the Ohio State players who will miss Monday’s game due to COVID-19:

Ohio State’s outbreak is the third it has suffered this season. Its first came on Nov. 28, when it was forced to cancel the game against Illinois. That cancellation is book-ended by cancellations against Maryland and Michigan, due to outbreaks on those teams. The team was also without 16 players against Clemson, but was able to take the field in the upset.

Here are the players reportedly inactive for Sunday (starters bolded):

How did Ohio State’s outbreak start?

It’s uncertain when Ohio State’s outbreak occurred, though some fans believe the team caught it from infected Clemson players in their Sugar Bowl meeting. That has not been corroborated by any source from within either team.

News initially broke Tuesday that the Buckeyes were suffering yet another outbreak, raising the question of whether Monday’s game should be postponed. Day, who confirmed the team had “a new set of challenges” on Thursday, said his team wanted to play.

“Well, any time you deal with that and you lose people, it is a gut punch, Day said via Zoom on Thursday. “But it’s not something that we’re not used to. We’ve played games with the majority of our offensive line out. We played the Big Ten Championship game without our top receivers, or some of our top receivers. We’ve had starters all over the place down at different times, and we’ve found ways to work through it. It’s just been the way it is.

“And you can feel sorry for yourself or you can just continue to work on and push through it. The hard thing is at the end of the day most people don’t really care. They just watch the game and the result is the result.