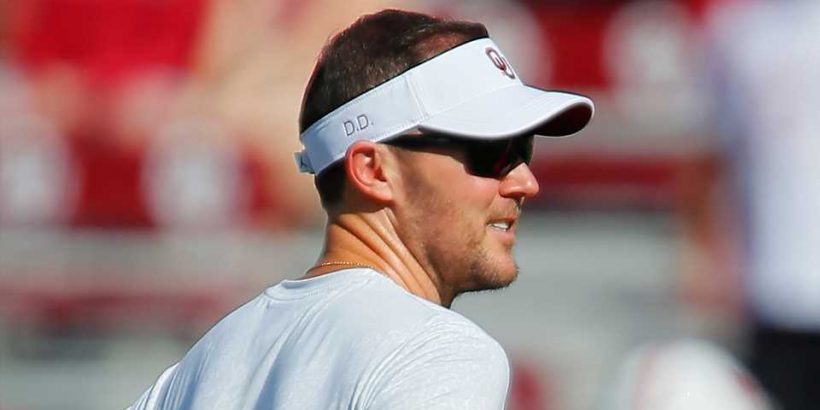 Oklahoma cornerback D.J. Graham made perhaps the play of the year on Saturday when he performed a spectacular one-handed interception in the fourth quarter of Oklahoma’s game vs. Nebraska.

Normally, such a play would be the defining moment of the game, especially considering the third-ranked Sooners narrowly beat the Cornhuskers, 23-16. And, in a way, it was — but not in the way Oklahoma coach Lincoln Riley would have preferred. The interception occured on fourth down, meaning the more heads-up play would have been for Graham to knock the ball down.

“I might have been the first coach in history to challenge a play we got an interception on,” Riley said (via ESPN). “I was hoping it would’ve gone down.”

Had the ball hit the turf, Oklahoma would have taken over on downs at its 18; instead, the Sooners took control at their own 3, severely limiting the play calls available to the offense. With his team backed up against its own end zone, Riley went conservative, running the ball twice before attempting a third-down pass (an incompletion). Michael Turk punted the ball 45 yards on third-and-10 and, following a 10-yard return by Samori Toure, Nebraska took over at Oklahoma’s 38.

Still, Riley acknowledged the athleticism and hands needed to make the play, while defensive coordinator Alex Grinch defended the play to a degree:

“I like takeaways too much to tell him to put it on the ground,” Grinch said.

Regardless, that sequence was largely indicative of how Oklahoma played on Saturday. The Sooners made the plays necessary to win, but also committed several mistakes — and were saved by several from Nebraska — in a game many thought would be a blowout. Indeed, the 23 points scored was the lowest ever for Oklahoma under Riley.

Nebraska could have been in a position to win the game were it not for the Huskers’ kicking woes. Connor Culp got Nebraska on the board with a 51-yard field goal, but also missed attempts from 50 and 35 yards. He also had a point-after attempt blocked and returned by Oklahoma, making the score at the time 16-9 instead of 14-10.