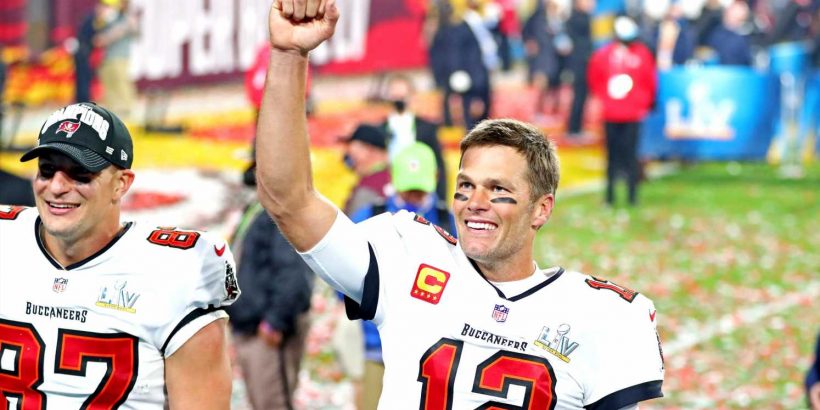 Is the table set for a Tampa Bay repeat?

The NFL unveiled the 2021 regular-season schedule on Wednesday, and there’s a lot for the defending Super Bowl champions and their fans to like.

From the strength of schedule, the order of opponents, the placement of the bye and the way the season concludes, Tampa Bay appears to have one of the most favorable regular-season slates in the league.

As they made plans for their title defense quest, Tampa Bay officials managed to retain all 22 starters from their Super Bowl roster. The Buccaneers became the first championship squad in the salary cap era (since 1994) to do so.

And now, given the way the NFL’s schedule-makers laid things out, the Bucs’ chances of repeating seem that much stronger.

Here are the elements that play into the Buccaneers’ favor during their 2021 campaign:

• Strength of schedule – The Buccaneers didn’t win their division in 2020, and that means they didn’t draw the toughest possible slate of opponents in 2021. Only five of the teams outside the division – the Rams, Dolphins, Saints, Colts and Bills – posted winning records, and just six Bucs foes made the playoffs (Washington won the NFC East with a 7-9 record). The teams Tampa Bay faces this season went a combined 126-145-1 in 2020, good enough for a winning percentage of .465. That means Tampa Bay owns the fourth-easiest schedule in the league.

• Favorable opening stretch – The Buccaneers will play their first two games at home before heading out for back-to-back road games (Los Angeles and New England) followed by alternating home and road games over the next four matchups. Of their first eight opponents, only three (Rams, Dolphins and Saints) owned winning records in 2020. Continuity should serve the Buccaneers well, especially early. With fewer starters playing significant preseason minutes these days (especially now that 2021 will feature only three exhibition games), many teams spend the first month of the season finding their identity. But the Bucs know who they are and how they want to go about their business.

The same can’t be said of their foes. Dak Prescott will be re-acclimating himself to the game after missing most of last season with a fractured and dislocated ankle. The Falcons likely will still be learning under new head coach Arthur Smith. The Rams and Matthew Stafford could still be working out the kinks. And New England, Miami, Chicago and New Orleans all have experienced various degrees of change this offseason as well.

The first two months of season seemingly present the opportunity for Tampa Bay to storm out of the gates.

• Well-placed bye – Teams never want their bye week too early or late in the season. The placement of the bye matters even more now that the NFL has expanded the regular season by a week. And the break really couldn’t have come at a more favorable time for Tampa Bay. The Bucs will play eight straight games, hit the bye, and then return for the remaining nine games. Tampa Bay has the opportunity to get to the midway point of the season, heal up and then hit the homestretch healthy and primed for success.

• Softer homestretch? – Tampa Bay has four divisional games in the second half of their season, playing Atlanta and New Orleans once each and Carolina twice. The Dec. 12 matchup with Buffalo could feel like a Super Bowl preview. But from there, the schedule could feature four matchups against teams with losing records: New Orleans (depending on quarterback play), Carolina twice and the Jets. This setup could help the Bucs build momentum heading into the playoffs, just as they did last season.

•  Big stage – The Bucs host Dallas in the NFL’s kickoff celebration on Sept. 9. And from there, they play potentially four more games on the national stage.Teams typically dislike playing Thursday night games, but Tampa gets its second such contest out of the way early in the year (Week 6 at Philly). From there, their remaining prime-time games take place on Monday and Sunday nights, giving the team and their soon-to-be-44-year-old quarterback adequate rest windows between games.

Winning Super Bowls back-to-back is never easy, and each season brings new challenges. However, based on the configuration of their 2021 schedule, the road back to the Super Bowl certainly appears promising for the Tampa Bay Buccaneers.