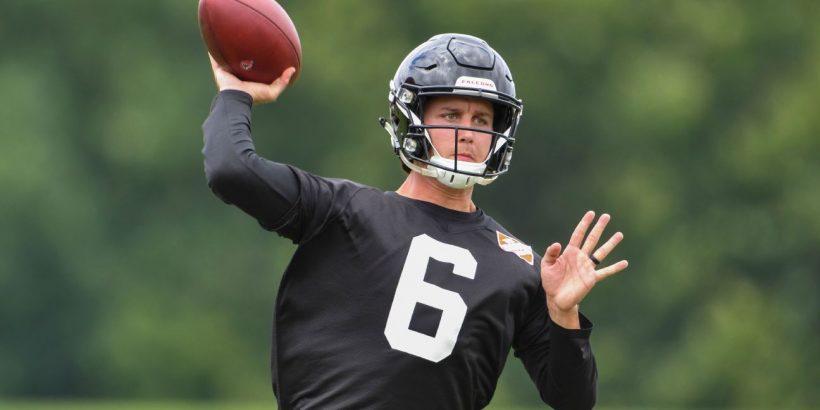 GREEN BAY, Wis. — Last week, the Packers had only two quarterbacks on the roster.

Now they have four.

Less than a week after signing Blake Bortles, they signed Kurt Benkert — one of the two arms they had in for this weekend’s rookie minicamp.

Benkert tweeted a picture of him signing his contract, and a source confirmed the transaction.

Benkert is a former undrafted free agent with the Atlanta Falcons in 2018. He spent the 2018 and 2020 seasons on the Falcons’ practice squad and was on injured reserve (toe) in 2019. He was released by the Falcons in February.

The Packers did not draft a quarterback or sign one in the initial rookie free-agent period but brought in Benkert and Chad Kelly for the rookie camp.

Jordan Love is expected to take part in this week’s rookie development program. While Love was not eligible to take part in the rookie minicamp, he can join the rookies this week because of a rule that allows second-year quarterbacks who played less than 25% of the snaps as a rookie to participate. Love did not play a single snap as the inactive third-string quarterback last year.

Other veterans can come to the team facility beginning Monday for Phase 2 of the offseason program, but Aaron Rodgers is not expected to report for the voluntary program. Organized team activities, which are also voluntary, begin May 24.