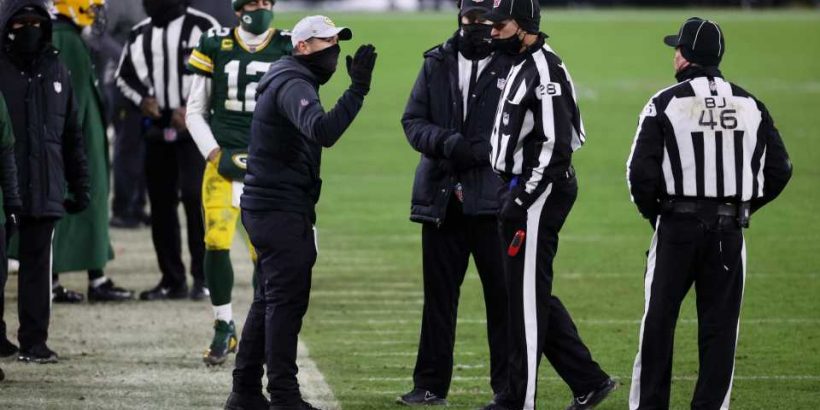 Let’s start by saying that the defensive pass interference call that essentially ended Sunday’s NFC championship game between the Buccaneers and Packers was an easy one to make, even given the circumstances.

Green Bay defensive back Kevin King, who had had a terrible game, pulled on Tampa Bay receiver Tyler Johnson’s jersey and undershirt in the open field on a third-down pass attempt after the two-minute warning.

King could have been flagged for defensive holding or pass interference; the back judge, who threw the flag from about 25 yards away, judged it as DPI. Regardless, the penalty gave Tampa Bay a first down and the ability to run out the clock on a 31-26 victory.

But there was also widespread opinion that the officials should have let even something that obvious go after they chose not to call anything all day. King’s foul was the sixth and final accepted penalty in the game on an afternoon where holding and downfield contact was mostly ignored. The fifth penalty was a deliberate offside infraction by Green Bay three plays earlier in the series.

Fox analyst Troy Aikman kept talking about how the officials were “letting them play,” which is short for “They’re not calling anything.”

And while NFL officials need to practice more latitude at times, the consensus Sunday was that referee Clete Blakeman and his “all-star” crew (pulled from different crews) were overly generous in letting the sides play.