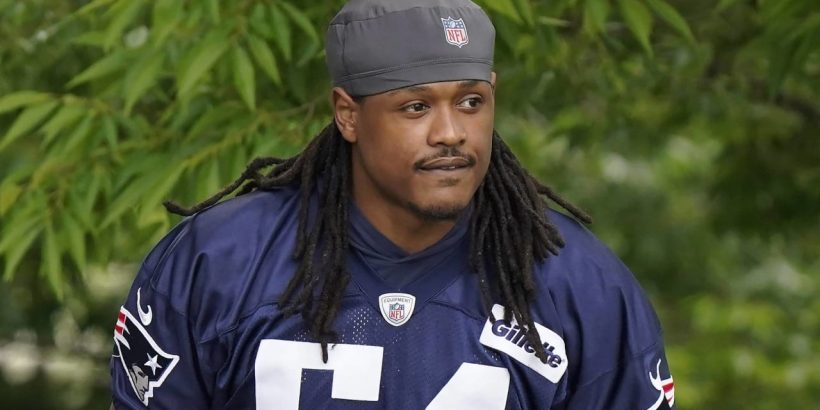 Dont'a Hightower returns to the New England Patriots this year after opting out of the 2020 season. The veteran linebacker’s value to Bill Belichick’s defense can’t be understated, and his presence was sorely missed in the Pats’ down campaign.

The absence of Hightower and others who opted out added to the struggles in the first season of the post-﻿Tom Brady era. Now that he’s back, the 31-year-old has the date with his former QB circled on the calendar: Week 4 in Foxborough.

“It’s going to be good to see 12 again,” Hightower told Stan Grossfeld of the Boston Globe. “I’ve been going against him in practice for so long, I’m looking forward to playing against him.”

Hightower noted that it would be meaningful to hit and sack Brady, and scoffed at the idea that he might take it easy on the soon-to-be 44-year-old QB.

“Oh, you mean, like, ‘soft sacking’ him?” he said. “Nah, you can’t do none of that stuff with him, man. He’s trying to throw touchdowns.

“No, in between the lines, it’s football. I’m sure he wouldn’t expect anything different.”

The lead-up to the Patriots-Buccaneers Week 4 tussle in New England will mainly revolve around Brady and Belichick, how it defines their legacies, yadda, yadda, yadda. But there will be plenty of other stories on the edges. Former teammates of Brady for years who had to watch on TV as he took a different team to a Super Bowl and won, again. Former teammates like Hightower, who will get his first shot at really putting one on his ex-QB.