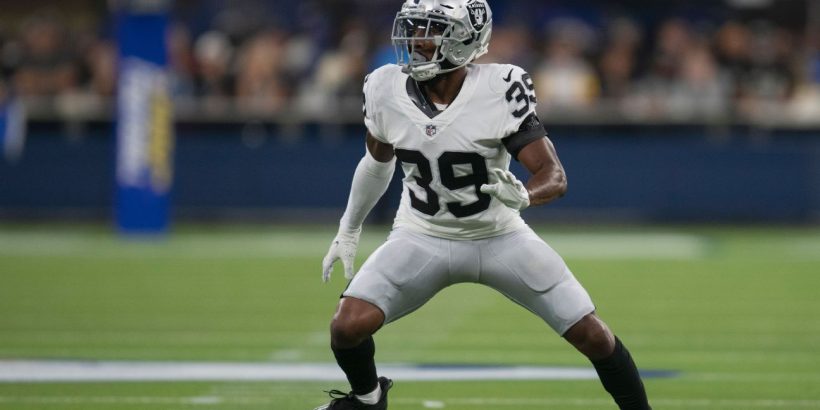 Las Vegas Raiders rookie cornerback Nate Hobbs pleaded guilty to a careless driving charge on Wednesday after a DUI charge was dropped when it was determined he was under the legal limit.

The Clark County (Nevada) District Attorney’s Office announced that in the days following Hobbs’ Jan. 3 arrest, a blood toxicological analysis showed he was under the legal limit for a charge of driving under the influence.

Hobbs pleaded guilty to one count of unlawful manners of driving — careless driving as a result of falling asleep in the exit lane of a parking garage.

Hobbs will pay a $685 fine, complete a victim impact panel and 20 hours of community service as part of his agreement with the DA’s office. If he fails to comply with these requirements, he faces a 30-day jail sentence.

The DA’s office also said that Hobbs will be entered into an alcohol treatment program provided by the NFL and the players’ association.

Hobbs is next scheduled in court on March 23.

Hobbs, a fifth-round draft pick out of Illinois, had an interception, two passes defensed, a forced fumble and a sack among his 74 tackles, which rank fourth on the Raiders, in 16 games this season.