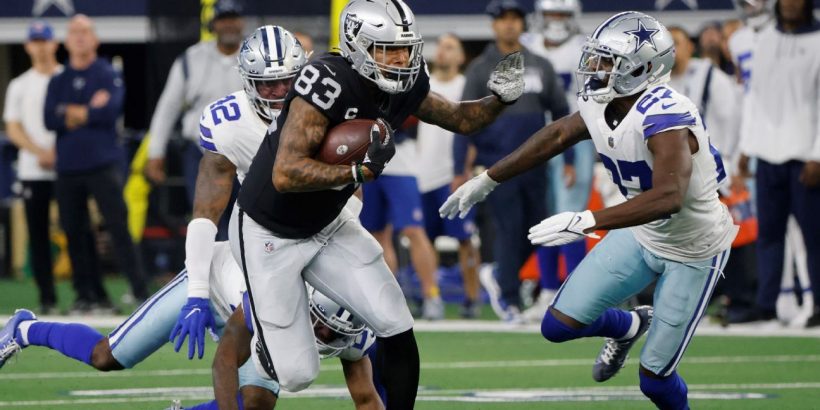 ARLINGTON, Texas — Las Vegas Raiders Pro Bowl tight end Darren Waller has been ruled out with a left knee injury suffered in the second quarter of the Raiders’ Thanksgiving Day game at the Dallas Cowboys.

Waller had earlier tweaked his back on a play in which he appeared to be stripped of the ball, though officials ruled he had not secured it long enough before losing it.

Waller, who was targeted a Las Vegas-high five times and had two catches for 33 yards, left the game after being tackled awkwardly.

Waller set a franchise record with 107 catches last season and currently has 53 catches for 643 yards and 2 touchdowns this season.