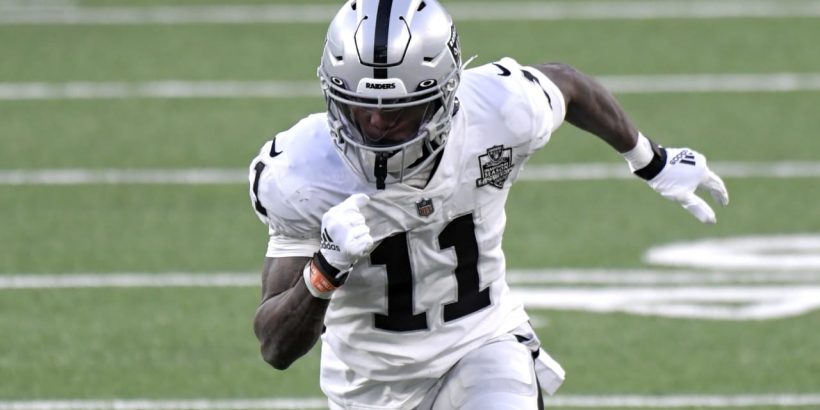 Las Vegas Raiders receiver ﻿Henry Ruggs III﻿ doesn’t need to hear the criticisms of his rookie campaign. How the first receiver selected in a historically deep draft finished ninth in his class in receiving yards and 11th in receptions. How he was inconsistent and had just two games over 60 yards receiving, including two goose eggs.

Ruggs doesn’t need to hear the critiques because the ones in his own head are worse than anything those disparagers can conjure.

“Honestly, I don’t think anybody’s expectations for me are higher than myself,” Ruggs said, via ESPN. “If I’m frustrated with anything, it’s because I didn’t do what I feel like I can do, or I am able to achieve. It’s not critics or what other coaches or what the fans around the league may say about me; that doesn’t really do too much for me because I know what I can do, and I am my biggest critic. So, no one else can make me feel bad about that.

“I mean, I can always develop in all areas — adding strength, adding versatility, moving around in different positions, running different routes, expanding my route tree, doing different things, finding different ways to try and help the team out. That’s pretty much me. I’m open to all of it and I’m excited going forward to learn and do new things for the team.”

The 22-year-old said that having an offseason program this year should help his cause. Ruggs believes not having workouts due to COVID-19 put him behind last year.

“So, we’re building chemistry and we’re working around each other,” Ruggs said. “We know what guys like and what guys want to do and things like that. So I’ll say that’s the biggest thing — chemistry, just learning the ins and outs of the offense and just learning the guys and knowing who to put in what situation.

With hopes for a second-year leap, Ruggs wants to be more involved in 2021.

“I mean, of course, you want more,” Ruggs said. “I think everybody wants more than what they had last season, but I look at it as being a team player, fulfilling my role and doing what I’m asked to do.

“Last year, last year is in the past. I guess it was probably frustrating at times, but like I said, that’s in the past and we build on it. It’s a fresh start now and we’re going to work to make it better.”

While rookie receivers have entered the NFL better equipped to contribute immediately, writing off Ruggs because he had ups and downs in his first year would be foolish. The Alabama product could join a vast array of wideouts throughout league history who make a massive Year 2 leap.