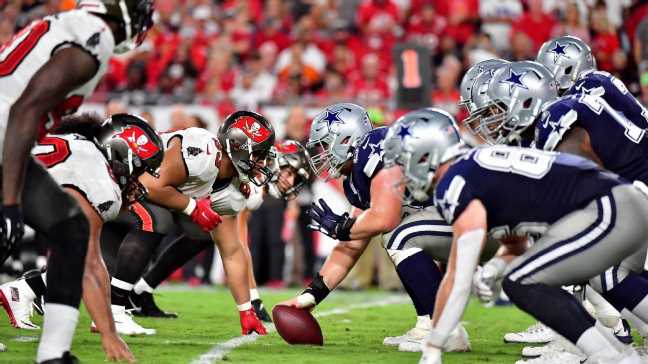 An offensive line can make or break a season. So how does every team’s unit look heading into the 2022 season?

We ranked all 32 teams’ lines by combining our predicted pass block win rates (PBWR) and run block win rates (RBWR) for this season, which are based on the past performance of each projected starter — according to Mike Clay — over the past two seasons. Rookie starters are assumed to be below average because that is historically what they usually are, even the first-rounders. Players who have played but only in small amounts have their previous win rates regressed toward a below-average level.

Then we averaged those pass and run block ranks with a 60/40 split favoring the passing game, based approximately on how much PBWR and RBWR correlate with a team’s expected points added per play. RBWR has a higher impact on running EPA per play than PBWR does on passing EPA per play, but the passing game is more important overall. That weighted average produces our overall offensive line rankings. Let’s jump in, starting with two teams with Super Bowl aspirations.