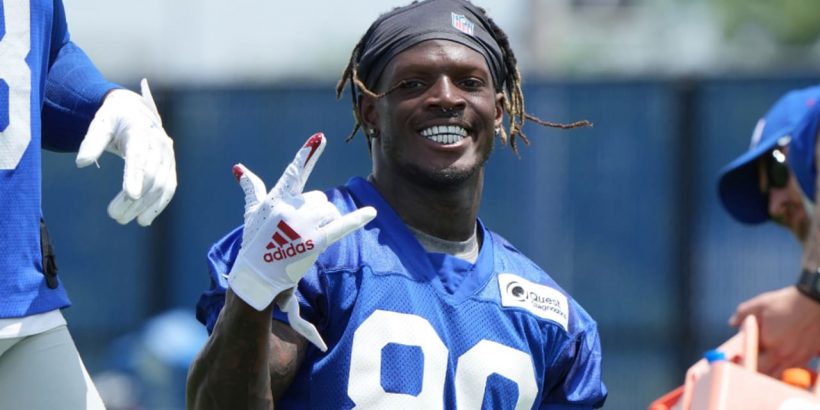 The Giants are opening training camp without their top rookie.

Wide receiver Kadarius Toney﻿, the No. 20 pick in the 2021 draft, has been placed on the reserve/COVID-19 list as a result of a positive test, NFL Network’s Tom Pelissero reported via the league’s transactions wire. It makes Toney among the first known player positives of the 2021 season, Pelissero added.

The move comes just one day after New York’s rookies reported. Toney is following league protocols by isolating and participating in meetings remotely, per the team. Toney was the fourth wideout to come off the board this past April following an All-SEC first-team campaign with Florida in 2020.

The first-round investment was buttressed by offseason additions of Kenny Golladay and tight end Kyle Rudolph ahead of what figures to be a make-or-break season for third-year quarterback Daniel Jones.

Rudolph and running back ﻿Saquon Barkley﻿ were also placed on the PUP list, NFL Network’s Mike Garafolo reported. Barkley, who suffered a torn ACL last September, said earlier in the week he didn’t know when he’d be able to practice.

The Giants also announced they have signed running back Mike Weber and defensive back Jordyn Peters﻿.

Other news and notes we’re tracking on Thursday: