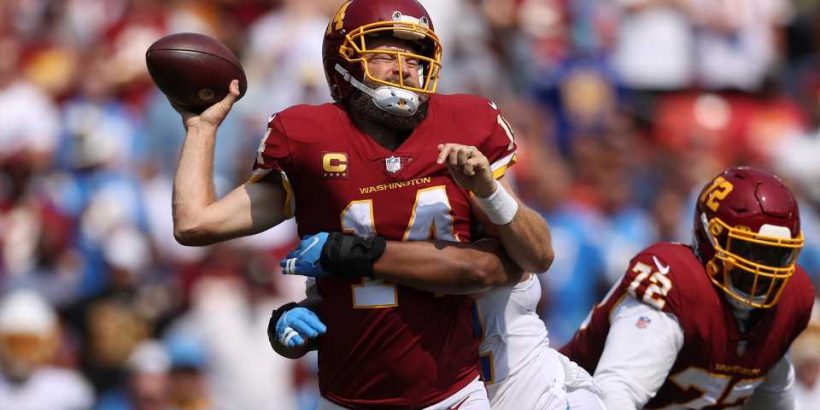 Ryan Fitzpatrick’s 2021 season is off to a rough start.

The Washington QB was leveled on a second-quarter hit, landing on his right side, injuring his hip. Tyler Heinickie would take his place as Fitzpatrick limped off the field.

At first look, it looked like it may have been a shoulder injury, with defender Uchenna Nwosu landing and driving Fitzpatrick into the ground. Fitzpatrick would gingerly walk off the field with the Washington training staff.

Washington would later list Fitzpatrick as “questionable” to return with a right hip injury, before eventually ruling him out entirely.

Fitzpatrick, in his first season with Washington as its starter, is no stranger to getting banged up. With Fitzpatrick under center, the team hopes to return to the playoffs after winning the NFC East last year.

Behind Heinickie, the Football Team rosters Kyle Allen, who also has familiarity with Ron Rivera dating back to their days in Carolina.