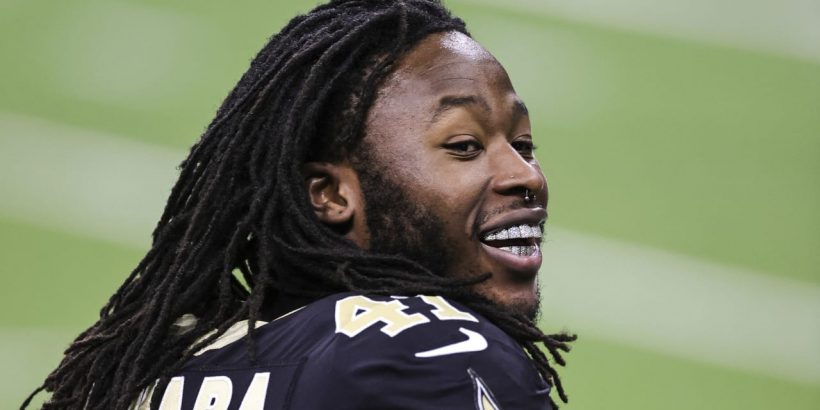 The Saints superstar running back announced on Sunday that he has partnered with the legendary organization and will serve as NASCAR’s first Growth and Engagement Advisor.

The announcement comes a little over a year after Kamara attended his first race in support of Bubba Wallace Jr., the only African-American driver in the NASCAR Cup Series. Kamara expressed interest in racing following NASCAR’s banning of Confederate flags from all future events following efforts spearheaded by Wallace.

According to NASCAR’s official website, Kamara’s duties in his new role will include working “directly with NASCAR leadership on strategic planning and creative opportunities that support its fan development efforts.”

“It’s an honor to be able to team up with NASCAR and be their first-ever Growth and Engagement Advisor,” Kamara said, per the press release. “I’m excited to use my passion as a fan to help shape their long-term efforts to grow the sport.”

In addition to working with leadership, Kamara will also work with the Charlotte-based NASCAR Marketing team under the leadership of Chief Marketing Officer Pete Jung and “contribute to planning, ideation and activation around fan development and engagement.”

“Alvin’s journey to NASCAR happened very organically from that initial curiosity to experiencing our events to developing a real and sincere passion for the sport,” Jung said. “That’s what we’re looking to tap into … his insights, perspective and ideas … and learning more about his experience so that we can enhance what we’re doing to engage and develop new fans.”

Sunday’s news is the latest in Kamara’s continued involvement with the American institution since last June. In February, Kamara and his juice bar chain, The Big Squeezy, sponsored driver Ryan Vargas’ car in the NASCAR Xfinity Series season opener at Daytona International Speedway.

Excited to announce that I’ve officially joined @NASCAR as the first Growth and Engagement Advisor! pic.twitter.com/8kOvDKwtQZ

Aye @SeanPayton … kinda got a new job. We gotta figure somethin out. 🏁🏁 pic.twitter.com/QY12nDbXp1