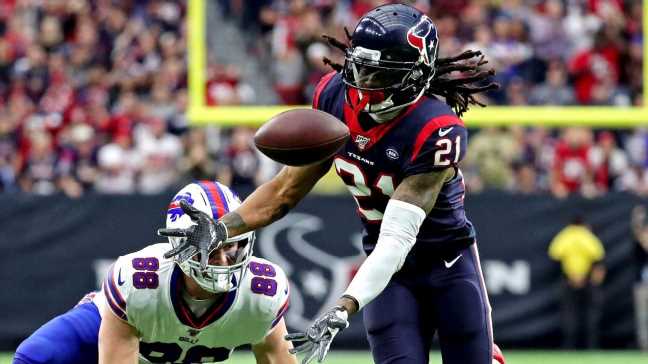 The New Orleans Saints have finalized their trade for cornerback Bradley Roby, sending a 2022 third-round draft pick and a 2023 conditional pick to the Houston Texans, sources told ESPN’s Adam Schefter.

In order to facilitate a trade to the Saints, the Texans converted $7.6 million of Roby’s base salary into a signing bonus, a source told ESPN’s Field Yates. When Roby officially gets traded to New Orleans, his base salary for 2021 is now $1,862,645, which fits into the Saints’ salary-cap space.

Roby was a first-round draft pick of the Denver Broncos in 2014. He spent the past two years in Houston and has started 49 career games with 10 interceptions.

The 29-year-old Roby is entering the second year of a three-year, $31.5 million extension that he signed with the Texans last year. He will miss the first game of the season, however, as part of a six-game suspension that began in 2020 for violating the NFL’s policy on performance-enhancing substances.

The Saints have identified cornerback as a “must-fill” position ever since they released former starter Janoris Jenkins in March as part of a massive salary-cap purge and then lost one potential starting contender, Patrick Robinson, to a surprise retirement early in training camp. They even attempted to trade up nearly 20 spots in the NFL draft to land top prospects Jaycee Horn or Pat Surtain II.

New Orleans signed veteran Desmond Trufant on Monday to compete with Ken Crawley and rookie Paulson Adebo for the No. 2 starting cornerback job across from Pro Bowler Marshon Lattimore. However, Roby now becomes the front-runner to lock down that job following his suspension.