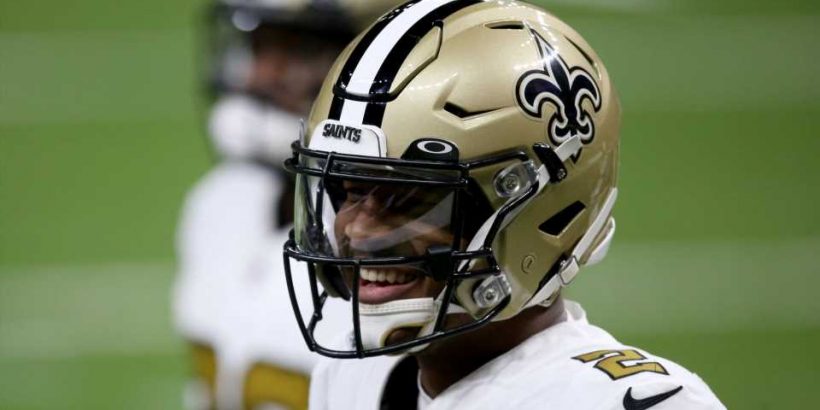 METAIRIE, La. — An emotional Jameis Winston fought back tears Tuesday while talking about how much it meant to work closely with Drew Brees last year. And Winston said he would “love to carry that torch from him” as the New Orleans Saints’ next quarterback.

Winston is expected to compete for the job with Taysom Hill this summer after Brees announced his retirement and Winston re-signed on a one-year deal with the Saints last week.

“Being able to have an entire season with Drew Brees was a dream of mine,” said Winston, who started to get choked up during a videoconference with the New Orleans media after he was asked about an intimate conversation he was spotted having with Brees on the sideline during the final minutes of New Orleans’ playoff loss in January.

“For him to put his arm around me — or just give me any encouraging words after I saw the resilience, the passion, the way that he approached every single day; for that to even be a story, I was touched by that,” Winston said. “Because he doesn’t even know how much he means to me and my family. For real. …

“Like, I love football. That’s all I’ve done my entire life. And someone that I look up to, that I admire, that I actually could touch, was my teammate and I had a chance to serve him … like, man, I’m speechless. That really gets me emotional. Because I really love Drew Brees, like I don’t think he even understands. …

“Y’all don’t understand the impact that him and a lot of other quarterbacks had on me as a quarterback growing up in Bessemer, Alabama. And a lot of people don’t understand that human aspect to an athlete. But just know I love Drew Brees for real. Like I really do. And I was just happy that I was able to witness what he did and how he persevered last year.”

Winston, who turned 27 in January, originally signed a one-year deal with the Saints last summer to try and revive his career and get a “Harvard education in quarterback school” under people like Brees, coach Sean Payton and offensive coordinator Pete Carmichael Jr. Although Winston played sparingly last season, he did get the chance to complete a 56-yard touchdown pass on a trick play in the Saints’ playoff loss to his former team, the Tampa Bay Buccaneers. And he enjoyed the experience enough to come back to the Saints as a free agent this year on a one-year deal that includes $5.5 million guaranteed and could be worth up to $12 million based on playing time and achievements.

Winston acknowledged that replacing someone like Brees comes with a “tremendous amount of responsibility. But I embrace that.”

“You just learn from his methods and you be the best version of yourself. That’s what Drew Brees would tell me,” Winston said. “‘You be Jameis Winston, you don’t have to be Drew Brees.’

When asked how he thinks Payton’s offense could evolve with him at quarterback, Winston said, “I’m excited to discover that same thing with you.”

“One thing I know about Coach Payton, he enjoys challenges and he enjoys new beginnings,” Winston said. “And I think he’s looking at this opportunity, kind of like how I view it, is how when he got a young quarterback from San Diego, right? When he got Drew from the Chargers (in 2006) and they exploded together.

“So I know that his arsenal is filled with a lot of things. When you see what he was able to do with Taysom last year, how he completely kind of changed our offense and we had great success. It was incredible just watching a guy work like that, and that’s why I say, it was that room (of Saints coaches and quarterbacks). It was that entire room creating something to come out as a masterpiece and that’s what I really loved about Sean and Pete and Taysom and all the guys that were in that room.”

Winston’s career has been filled with highs and lows on the field since he won the Heisman Trophy at Florida State and was selected with the first overall draft pick by the Buccaneers in 2015. He went 28-42 as a starter and led the NFL with 5,109 passing yards in 2019. But he has infamously struggled with turnovers and became the first player in NFL history to throw at least 30 touchdown passes and 30 interceptions in the same season in 2019.

The Buccaneers decided to move on to Tom Brady when Winston became a free agent and wound up winning the Super Bowl.

Winston made several changes over the past year, including having LASIK surgery to correct his vision and improving his diet and fitness. And he said the LASIK was “an excellent idea” since “I enjoy seeing things clearly.”

But he said those things pale in comparison to the value of being in a room with all the Saints’ coaches and quarterbacks, whom he listed by name.

When asked what he learned last year that could help improve with the turnovers, Winston said, “one of the greatest things I learned from Drew was, you know, ‘Jameis, we are making decisions based on it being the right decision. We’re not concerned about the result, right? Because over time the right decision is going to get us to where we want to be.'”

“And I bought into that,” Winston said.

Winston also stressed that above all else, one of the biggest things he learned about himself last year was “how to be a father and a man for my wife and my son … and how we will persevere no matter what.”

“Because me and my wife were in New Orleans and she was pregnant at the time with a 2-year-old during this pandemic,” Winston said. “So it was just us for the first time in our life and we’re going through this, us having a humbling part in our life. She’s my high school sweetheart, so she’s been through the ups and downs with me. So I think learning how to be a father and persevere during those trying times, and also grasping this excellent opportunity that was in front of me …