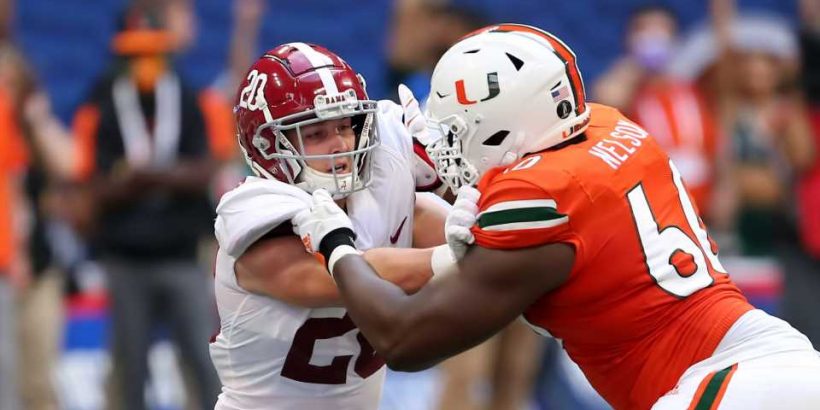 The losses keep coming from Alabama, this time on its roster.

Potter noted that other Crimson Tide players could test the transfer portal as well.

Of the five transfers, only two were significant contributors. Billingsley combined for 35 receptions, 543 receiving yards and six receiving touchdowns in 2020 and ’21. But Billingsley started the season in Nick Saban’s doghouse, not getting the start against Miami in the season opener.

Cameron Latu, a junior, led all tight ends with 26 receptions for 410 yards and eight touchdowns in 2021.

Sanders’ entrance into the portal is a bit more surprising, as he was likely to have a bigger role in 2022. The sophomore — rated the No. 22 overall player in the 2020 class — played in 15 combined games over the last two seasons, combining for 33 tackles, 1.5 for loss, and a sack.

Sanders, the top-rated athlete out of the 2020 class who elected to play linebacker for the Tide, missed considerable playing time in 2021 with a hand and wrist injury. His absence allowed freshman Dallas Turner to make his presence felt; he made the most of his opportunity, tabbing 8.5 sacks over the last seven games of the year, including two against Georgia.

Tyson played in 11 games behind starter Bryce Young, winner of the 2021 Heisman Trophy. The former four-star prospect completed 10 of 16 passes for 150 yards and no touchdowns or interceptions in limited playing time. Freshman Jalen Milroe, third on the Crimson Tide’s depth chart, played in five games, completing 3 of 7 passes for 41 yards and a score. He also added 15 rushes for 57 yards.