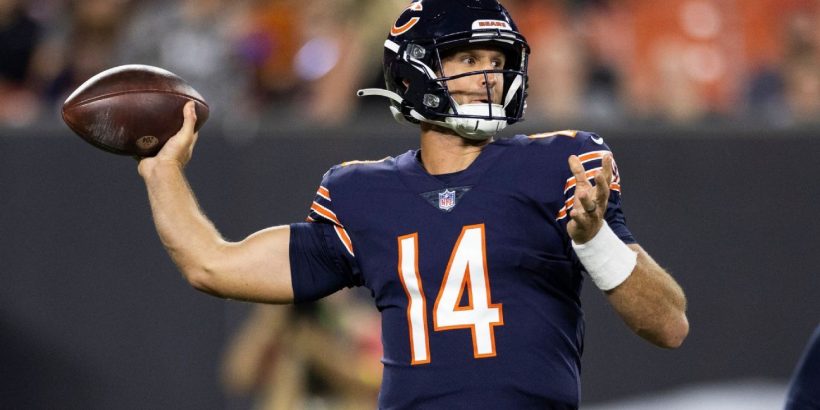 Covered the 49ers, Raiders and Warriors for the San Jose Mercury News. She joined ESPN in 2017.

There’s twists and turns. And then there’s the Chicago Bears’ backup quarterback situation.

After Justin Fields separated his left, non-throwing shoulder in Atlanta against the Atlanta Falcons last Sunday and was declared inactive for Chicago’s game against the New York Jets, veteran QB Trevor Siemian is making his first start since Week 12 of the 2021 season, when he was with the New Orleans Saints.

Siemian, however, injured an oblique muscle during pregame warm-ups at MetLife Stadium and the team announced before the game that he would serve as the backup to quarterback Nathan Peterman, who the Bears promoted from the practice squad to the active roster on Saturday.

Despite that announcement, Siemian still started Sunday’s game with Peterman serving as his backup.

With a diminished depth chart at quarterback, the Bears also have running back David Montgomery available as an emergency option.

“He’s kind of that extra green dot that we have in our back pocket,” offensive coordinator Luke Getsy said this week.