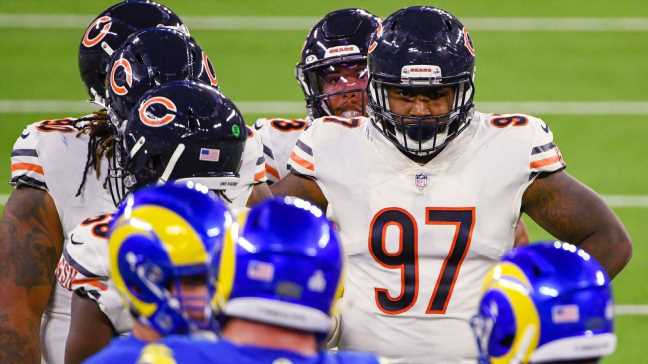 Edwards, 27, had a career-high four sacks in 15 games for the Bears last season.

Edwards — formerly of the Raiders, Giants and Saints — signed with Chicago less than a week before last year’s regular season opener and emerged as a consistent pass-rush threat.

However, Edwards will miss the first two games of the 2021 regular season after the league suspended him in January for violating the NFL’s performance-enhancing drugs policy.

In December, authorities charged him with misdemeanor assault stemming from an incident with a woman at the Bears’ team hotel in Charlotte, North Carolina, the night before Chicago played the Panthers in Week 6. Edwards’ agent repeatedly denied any wrongdoing on Edwards’ part.