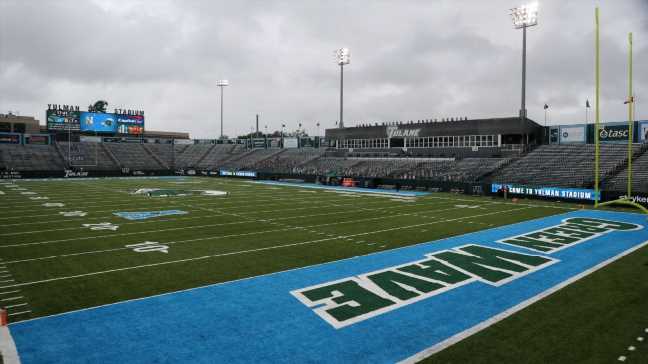 The Oklahoma-Tulane game set for Saturday will not be played in New Orleans due to the aftermath of Hurricane Ida, sources told ESPN.

Tulane was set to host No. 2 Oklahoma on campus at Yulman Stadium. A shelter-in-place order for Tulane’s campus remained Monday morning as the university’s damage assessment and recovery team began its preliminary assessment.

The Green Wave football team has relocated to Birmingham, Alabama, where it will practice throughout the week.

Tulane has contingency plans to play the game at Oklahoma, a source said, and several media reports stated that the game would be moved.

But athletic director Troy Dannen tweeted Monday that no decision has been made.

Oklahoma athletic director Joe Castiglione last week issued a statement that both schools “are considering contingencies should post-storm conditions warrant. It is too early to speculate, but we will continue to monitor the situation and be prepared to take necessary actions as appropriate.”

Saturday’s game is the second of a three-game series between the programs, which played in 2017 at Oklahoma and are set to play again in Norman in 2024.