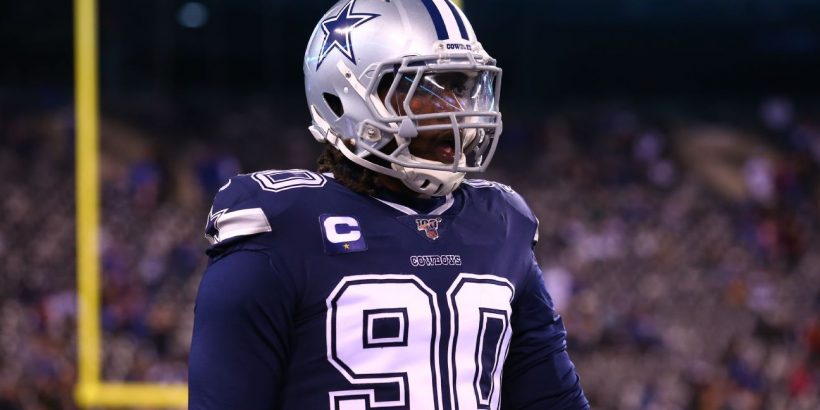 FRISCO, Texas — Dallas Cowboys defensive DeMarcus Lawrence sustained a broken foot in Wednesday’s practice that will force him to miss 6-8 weeks, according to sources.

It is a giant blow to a defense that did not generate a sack in Week 1 against the Tampa Bay Buccaneers and could also be without its second-best pass rusher, Randy Gregory, Sunday against the Los Angeles Chargers.

Lawrence was listed as a limited participant in Wednesday’s practice but immediately had an an MRI, which revealed the break. Lawrence did not practice for most of training camp because of offseason back surgery but he recorded six tackles, two quarterback pressures and forced a fumble against the Buccaneers. He has 45.5 sacks for his career and is a two-time Pro Bowl pick.

As for Gregory, coach Mike McCarthy did not sound hopeful before practice about him passing COVID-19 protocols in time to play against the Chargers.

“If you look at the history, it’s been 10 days pretty much everybody we’ve dealt with in the COVID protocol,” he said. “We’ll just see how it goes.”

With Lawrence out and if Gregory cannot play, then the Cowboys would potentially turn to Dorance Armstrong and Tarell Basham as their starters with Bradlee Anae and Chauncey Golston as backups. They have combined for 10 sacks in their careers, or only 3.5 sacks more than what Lawrence recorded a year ago. Basham has 7.5 sacks in 59 games.

Golston, a third-round pick, missed all of training camp with a hamstring injury and was inactive for the season opener.

Perhaps the start of Wednesday’s practice was a bad omen for the Cowboys defensive line. Assistant defensive line coach Leon Lett was carted off the field with an apparent right knee injury that will require surgery.

Since the 31-29 loss to the Buccaneers, the Cowboys have lost four starters: Wide receiver Michael Gallup was placed on injured reserve with a calf strain, right tackle La’el Collins was suspended five games for violating the NFL’s substance abuse policy, Gregory was placed on the COVID-19 list and now Lawrence is out with the broken foot.

WFAA-TV first reported the news about Lawrence having a broken foot.