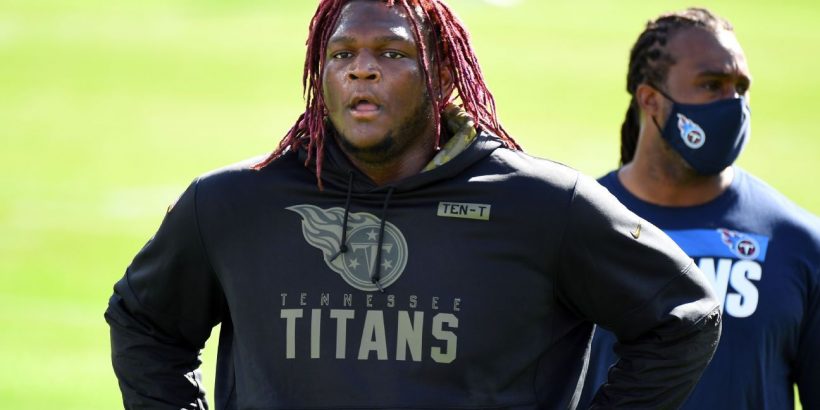 DAVIE, Fla. — The Miami Dolphins are planning to waive 2020 first-round offensive tackle Isaiah Wilson just days after acquiring him in a trade with the Tennessee Titans, sources told ESPN.

Wilson was hours late for his physical and team onboarding process, skipped multiple optional workouts that he agreed to attend on Thursday and Friday and declined support service help that he was offered, all in his first official week with the team, sources said.

Miami was aiming to take a low-risk flier on Wilson, who was acquired with a 2022 seventh-round pick in exchange for a 2021 seventh-round pick on a deal that was agreed to on March 8, but finalized earlier this week. His guarantees were voided due to his suspension with the Titans, so he’s owed no money once the release becomes official, and the loss to Miami is receiving a seventh-round pick one year later.

Coach Brian Flores has known Wilson, a Brooklyn native who went to the same high school, for years. The team hoped that connection plus others on the team would help give Wilson a second chance to reach his on-field potential and manage his off-the-field troubles after a disastrous year in Tennessee. But just days into his time in Miami, Wilson continued to show what a source called a “concerning track record” that made it clear to the team it was time to move on.

Wilson also posted social media videos of him Friday dancing shirtless on top of a car and smoking a vape, the same day he agreed to do a workout. By then, the Dolphins had already decided to move on as Wilson was not receptive of their plans to help him.

Tennessee signed Wilson, the 29th selection in last April’s NFL draft, to a four-year, $11.6 million contract in August. He was considered a top-50 prospect by many draft analysts, and a potential long-term starting right tackle. But Wilson’s time with the Titans didn’t get off to a good start, prompting the team to move on from him less than a year later.

The right tackle out of the University of Georgia played only four snaps in his rookie season, which culminated in his being placed on the non-football injury list in December. Before that, Wilson found himself on the reserve/COVID-19 list twice — during training camp and in October.

He also had a couple of run-ins with the law. The first came when Tennessee State police broke up an off-campus party Wilson had attended during training camp. In their report, the police documented that Wilson went to the second-floor balcony, where he appeared to briefly consider jumping. He received a trespass warning.

The second incident occurred when Wilson was arrested and charged with a DUI in September when he lost control of his vehicle and struck a concrete wall.

Titans general manager Jon Robinson addressed Wilson’s status during a virtual news conference last month, telling reporters he had not spoken to Wilson since putting him on the non-football injury list and suggesting that Wilson “makes a determination on whether he wants to do what it takes to play pro football.”