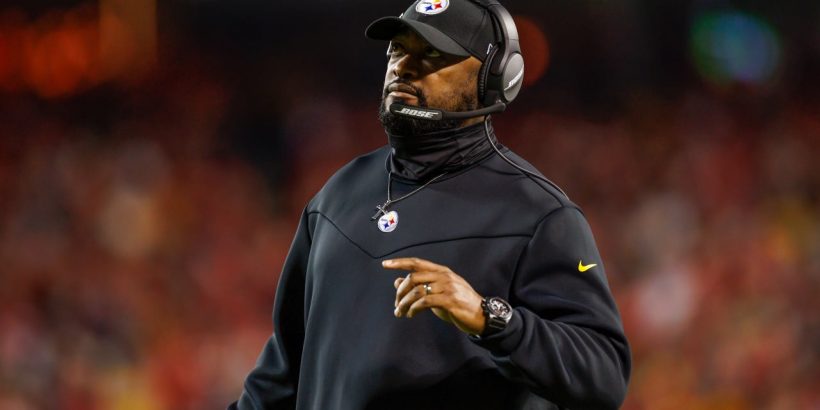 Forgive Mike Tomlin if he snoozed through the end of the Raiders-Chargers’ Sunday night overtime thriller that put the Pittsburgh Steelers in danger of missing the playoffs.

After all, the 49-year-old coach had just come off a grueling overtime affair of his own, grinding out a 16-13 win over the Baltimore Ravens, and had every reason to believe his team’s playoff berth was in the bag. With that win secured, only an improbable tie between the Raiders and Chargers — which would’ve happened were it not for Daniel Carlson’s 47-yard field goal as time expired — could have vanquished the Steelers from the postseason.

And Tomlin was counting sheep through it all.

He said he “dozed off” toward the end of the game, per NFL Network’s Aditi Kinkhabwala.

“I’m probably better off not having watched it,” he added.

The Steelers (9-7-1) committed three turnovers in the game, didn’t score a point in the first half, and their lone touchdown came on a meaningless drive late in the fourth quarter of a blowout. Chiefs star quarterback ﻿Patrick Mahomes﻿ fired three touchdown passes.

“He doesn’t feel pressure that’s not there,” Tomlin said of Mahomes. “He’s got a low pulse rate.”

Tomlin is optimistic about rookie running back ﻿Najee Harris﻿’ availability for the Chiefs game. The coach said Harris is aggressively treating an elbow injury sustained in the win over the Ravens.

His availability, and effectiveness, will be crucial to the Steelers’ chances of an upset. Harris has rushed for 1,200 yards this season and has been a key target for ﻿Ben Roethlisberger﻿ in the passing game, as well.