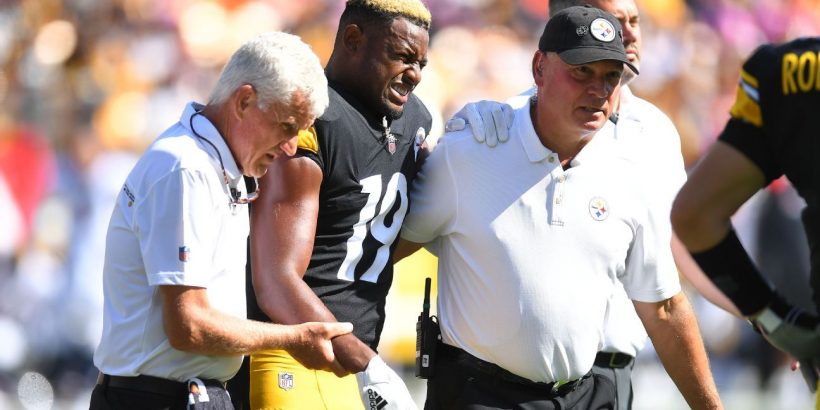 PITTSBURGH — Steelers wide receiver JuJu Smith-Schuster was ruled out for the second half of Sunday’s game against the Broncos with a shoulder injury.

Smith-Schuster suffered the injury on an end-around with about six minutes left in the second quarter when he got popped by safety Kareem Jackson after a three-yard gain. Steelers medical personnel tended to him on the field, and he was slow to be helped off.

He bypassed the injury tent and went straight to the locker room.

It’s the second game Smith-Schuster hasn’t been able to finish this season after suffering an injury to his ribs against the Las Vegas Raiders in Week 2.

The Steelers were already down a wide receiver against the Broncos with James Washington ruled out with a groin injury following Friday’s practice. The Steelers signed wide receiver Cody White to the active roster Saturday, releasing guard Rashaad Coward to make room.