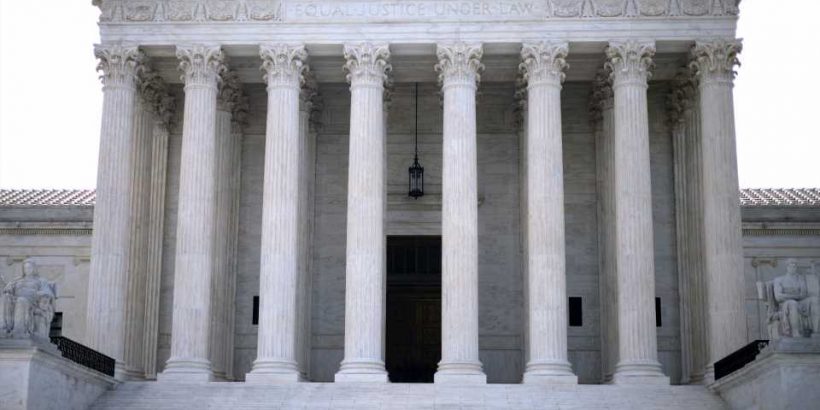 In a unanimous decision, the Supreme Court ruled against the NCAA, paving the way for college athletes to receive more compensation for competing at their schools.

The ruling, which upheld a 2014 decision from the United States District Court for the Northern District of California, said that athletes can receive unlimited compensation from schools, so long as the payments are related to education.

In the decision, Justice Neil Gorsuch wrote that while others will say the district court did not go far enough in allowing for athletes to receive compensation, others will say it went too far and that it devalues the benefits of being an amateur athlete. However, he said the Supreme Court could only uphold the decision from the lower court and say that it acted within legal bounds to allow athletes to receive education-related compensation.

But what does this mean for athletes moving forward? Here’s a breakdown of what we know.

What does this mean for NCAA athletes?

This decision by the Supreme Court in National Collegiate Athletic Association vs. Alston will now allow athletes to receive education-related payments from their schools.

The lower court ruling had said that while there could be limits on how much student-athletes are compensated outside of education, anything that was related to education could not be limited, and that doing so would be a violation of anti-trust laws.

That ruling also found that there could be unlimited non-cash benefits relating to education, including post-eligibility internships.

For now, this just opens up the door for a start of compensating athletes. Student-athletes can now receive money to pay for laptops and textbooks.

Ultimately, however, this should lead to future challenges to whether NCAA athletes can be paid for competing. Justice Brett Kavanaugh wrote a particularly critical concurring opinion in saying that “the NCAA’s business model would be flatly illegal in almost any other industry in America,” noting that restaurants could not cut the wages of cooks in an area because they felt customers would prefer to eat from low-paid cooks, along with a number of other examples of an industry’s collective decision to cut pay.

According to ESPN, lead attorney for the plaintiff, Shawne Alston, a former West Virginia football player, said that it was “tremendous to win this 9-0.”

“Hopefully it will be the major next step on the road to a true fair competitive system for these athletes.”

How does this impact NIL legislation?

This latest decision, while a boon for athletes, does not impact the NIL legislation and discussion that has been going on.

As states across the country continue to pass bills allowing athletes to profit off their name, image and likeness, the NCAA is cooperating with the measure. ESPN reported on Friday that NCAA President Mark Emmert has told schools that he will pass temporary rules allowing athletes to profit off their profile, and that all the member schools should pass their own legislation to make it happen.

While that will be another source of income for athletes, with the latest Supreme Court ruling, it might not be the last.

In a statement sent to member schools from Emmert, obtained by The Athletic, the NCAA said that while the Supreme Court preserved the ruling from the lower court, it also allowed the NCAA to create its own rules for what are and are not educational benefits.

“Even though the decision does not directly address name, image and likeness, the NCAA remains committed to supporting NIL benefits for student-athletes,” Emmert said in the statement. “Additionally, we remain committed to working with Congress to chart a path forward, which is a point the Supreme Court expressly stated in its ruling.”