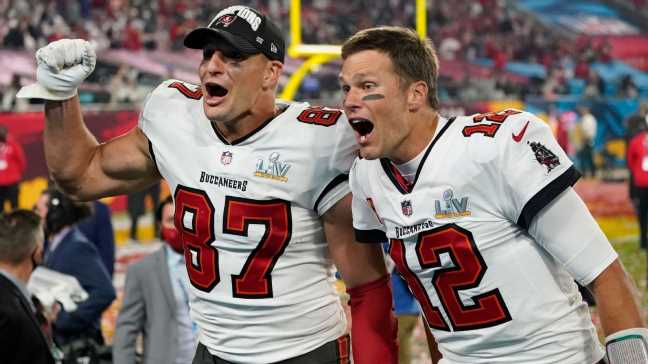 Bill Barnwell is a staff writer for ESPN.com.

Winning in NFL free agency doesn’t often guarantee winning when the games come around in September. Teams such as the New York Jets and Washington Football Team have managed to land critical free agents at the top of the market in years past, only for those players to look like shadows of their former selves in their new digs. Organizations fall into traps and make mistakes we can see coming a mile away.

And yet, when you look at who just won Super Bowl LV, it would be impossible to deny that free agency played a big role. The Tampa Bay Buccaneers added key contributors on both sides of the ball throughout the year. On defense, they brought back Ndamukong Suh on a one-year deal to fill out one of the league’s best defensive lines. On offense, they added talent to the offense in the fall by signing running back Leonard Fournette and wide receiver Antonio Brown. Most notably, of course, Tampa upgraded at quarterback by signing the most successful NFL player of all-time in Tom Brady. The moves earned a rare “A” grade from me and helped propel Tampa to a title.

No team has made a signing as impactful as Brady this year, but I’ve scoured the deals handed out on the first few days of free agency to find my favorites. I’m looking at these deals from the team’s perspective, so I’m trying to find contracts in which a player can outplay what he’s expected to earn over the next several years. Let’s count them down: