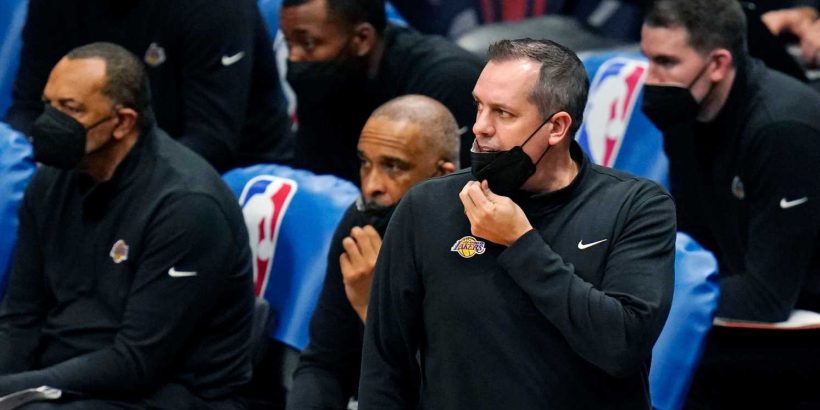 This is the Morning Win, by Andy Nesbitt.

Last Saturday night LeBron James limped off the Staples Center court and headed back to the locker room where he was later diagnosed with a high ankle sprain, a painful injury that has put him out of the lineup indefinitely.

Well, the Lakers are quickly learning that life without LeBron (and Anthony Davis, who is out indefinitely with a calf sprain) is not that great.

The Lakers lost that game Saturday night to the Hawks, 99-94. Then on Sunday night they traveled to Phoenix and lost to the Suns, 111-94.

That two-game skid became a three-game skid Tuesday night when the Lakers were blown out by the Pelicans in New Orleans, 128-111.

The loss dropped the Lakers to the fourth spot in the Western Conference playoffs. While that doesn't seem all that concerning for a team that's built for the playoffs, this whole thing could become a free fall without LeBron or Anthony Davis in the lineup.

The Lakers return home after the loss to the Pelicans but things don't get all that easy for them. Their next six games are against the 76ers, Cavs, Magic, Bucks, Kings (in Sacramento), and Clippers. Yes, there are some very winnable games in there but nothing seems like a guarantee right now for this group without its two star players.

We haven't seen LeBron leave a game with an injury in over two years but now he's out of action and could be for a while longer, as high ankle sprains can be an injury that take a good chunk of time to get over.

The Lakers are the defending champs and will be one of the toughest teams to beat in the upcoming playoffs if their two stars are back and healthy.

– Charles McDonald breaks down the top 5 NFL free agents that are still available, including Richard Sherman, and looks at where they could land.

– A high school basketball player challenged Brian Scalabrine to a game of 1-on-1 and it went as you'd expect it to go.

– Here's a sneak peek of our true crime podcast, The Sneak: The Disappearance of Mario Rossi.

– Could we see Bill Walton on a March Madness broadcast this weekend?