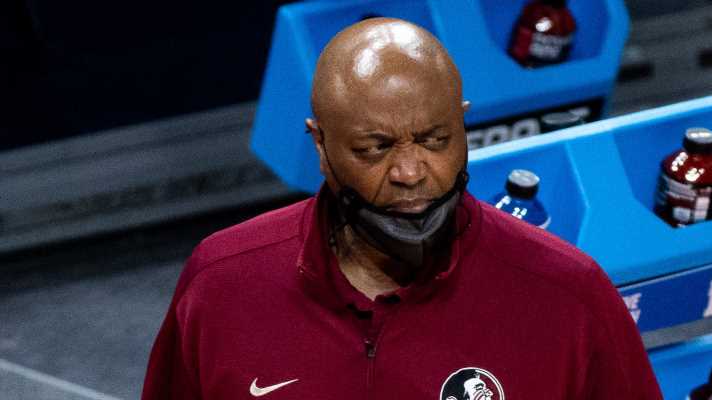 Scott Drew (Baylor) and Mick Cronin (UCLA) graduated from a distinguished group by reaching the Final Four of this year's NCAA men's tournament. No longer are they part of the discussion surrounding the best active coaches to not make college basketball's premier event.

For those still in the group, there's no shame. Some of the greats to walk the sideline in the sport never accomplished the feat.

For those who have made it, not every path is the same. Steve Fisher got there after being coach of Michigan for four games. Hall of Famers Denny Crum and Ray Meyer are among those who did it in their first season. Some, like Paul Hewitt, John Brady and  Mike Davis, caught lightning in a bottle and the pieces fell perfectly.

There are others who consistently put together great regular seasons and have not broken through.

WHAT WILL HAPPEN: Five bold predictions for the men's NCAA Tournament Final Four

Here are the top eight coaches who haven't been to a Final Four — in order of most likely to get there first:

Florida State head coach Leonard Hamilton reacts during their game against UNC Greensboro in the first round of the 2021 NCAA Tournament. Florida State lost in the Sweet 16. (Photo: Albert Cesare, USA TODAY Sports)

It could have been this year without a disappointing effort against Michigan in the Sweet 16. It could have been last year when COVID-19 shut down the season after the Seminoles won the ACC regular season. It could have been 2018 when Florida State made the Elite Eight. It will happen at some point soon because Hamilton has made his program one of the best in the conference and has been knocking on the door long enough to eventually kick it in.

Nobody on this list has knocked on the door more than Miller. Four times has he been one win away from the Final Four — once at Xavier and three times at Arizona. He would be No. 1 on this list given his overall portfolio, but recent struggles by the Wildcats and the shadow of further NCAA penalties create uncertainty about whether he'll be in Tucson for an extended period.

One-tenth of a second. That was the difference between the Boilermakers making the Final Four before Virginia's game-typing basket in their thrilling overtime game in 2019. Painter is a mark of consistency with appearances in 12 of the last 14 tournaments and nine finishes in the top three of the Big Ten regular-season standings. One year he'll put it all together and overcome Purdue's heartbreaking relationship with the tournament.

Before taking on a rebuild of the Cardinals, Mack was one in the Elite Eight at Xavier. There's no doubting he'll get Louisville back on track. It might take a little longer than fans might like, but someone with his pedigree will find a way to make it happen. In the ACC, there will be opportunities to recruit and this year's missed tournament will seem like an outlier in a COVID season.

Always under the radar, Turgeon was the one who started the resurgence at Wichita State before Gregg Marshall, and then he took Texas A&M to four consecutive tournaments before moving on to College Park. Yes, Maryland fans want more NCAA success — he's only been to one Sweet 16 there — but this program was further down than people realize when he took over. Turgeon, like Hamilton, was hurt last year when the Terrapins won the Big Ten and didn't get to pay in the tournament.

It seems like forever ago, but the Irish made consecutive Elite Eight appearances in 2015 and 2016, narrowly losing to Kentucky in 2015. Unfortunately, it's been four years since their last tournament and the pressure is on Brey to turn things around quickly. The good news is that things are promising for the 2021-22 season, especially if the Irish can add a transfer or two to bolster the lineup.

In stops at Marquette and Virginia Tech, Williams proved he knows how to win with a gritty style that focuses on defense and effort. His best run was in 2013 when he took the Golden Eagles to the Elite Eight. He also has been to three other Sweet 16s, including a run with the Hokies in 2019 before returning home to Texas. He'll get the Aggies winning, especially with the resources being put into basketball there.

Which coach on this list has the most career wins? Yep, Alford is the answer if you include victories at Division III Manchester, where he started in 1991 at the age of 26. He had good runs at Iowa, New Mexico and UCLA until his last couple years with the Bruins. The reason he's at the bottom of this list? it's hard to see him making a run with the Wolf Pack. Perhaps with some success there, he will find his way back to the Power Five and a better opportunity to get to the third weekend.