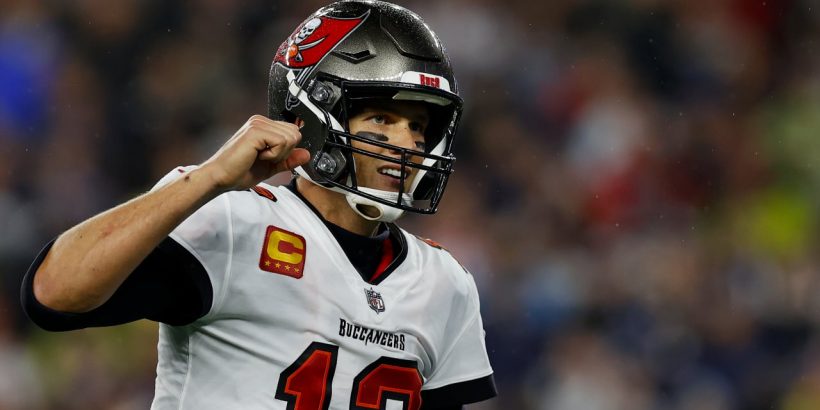 Leading into Thursday night, Tampa Bay Buccaneers quarterback Tom Brady had made it known that his bum right thumb was “no serious injury at all.”

Other than the tape that surrounded it, Brady’s thumb certainly didn’t look to be a hindrance, as he got his Buccaneers off to a hot start that keyed a 28-22 win over the host Eagles on Thursday night.

Asked after the victory, in which he threw a pair of touchdowns and 297 yards on 34-of-42 passing, how his thumb felt during the game, Brady was short and quick with a four-word answer before moving past it.

Brady’s performance at the onset Thursday was great, as he led the Buccaneers (5-1) on two touchdown drives to open the game, ending them with touchdown passes to tight end O.J. Howard and wide receiver Antonio Brown. It looked almost effortless as Brady efficiently carved up the Eagles on 10- and nine-play scoring drives that each traveled 75 yards.

But the Bucs stumbled a bit thereafter. Brady would lead another first-half TD drive that led to Tampa Bay’s 21-7 halftime advantage, but he also had an interception, which ended his franchise-record streak of consecutive passing attempts without a pick at 227.

True to form, Brady concentrated more on the negative and what needs improvement than the solid start.

“It was a good win. You know, it’s tough to win on the road. Obviously, we didn’t play our best, so we gotta get back to work,” Brady said. “We gotta good little break here, use it and get back to work, see if we can get better.”

Indeed, making Brady’s performance with his troubled thumb all the more impressive is that it came on a three-day week. After Thursday night, he’s statistically the best to ever play on three days rest. Per NFL Research, Brady is the first quarterback since 1970 to win 10 games played on three days of rest, improving his record in such situations to 10-1 (which broke a record shared with Peyton Manning for most wins on three days of rest).

Now, he’ll have some extra rest before playing the Bears on Oct. 24 in Week 7. When asked if the extra days of recovery will do him well, Brady took the opening to reassure that he was indeed, fine and dandy and no worse for the wear with his injured thumb.