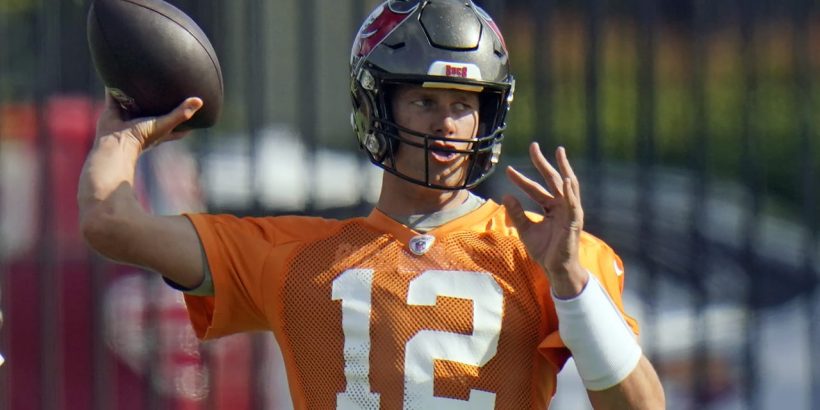 After some audible wondering last week about ﻿Tom Brady﻿’s ability to participate in Tampa Bay’s minicamp, Tuesday informed us it was largely a waste of breath.

Brady participated in the majority of drills and activities in the Buccaneers’ first session of minicamp and appeared to handle it well, according to coach Bruce Arians.

“He looked fine,” Arians said after the practice. “I had to pull him out that first period. I said, ‘OK, you can have four,’ he kept begging to go back in. But, the only thing I didn’t want him in was the blitz period. Some guys might get around him too quick.”

Brady underwent a knee procedure following his team’s Super Bowl LV triumph that called into question his readiness for minicamp. It’s a nonessential portion of the offseason for a player of Brady’s caliber, but an obsessive competitor such as Brady is going to make sure he’s able to participate, especially after he’d maintained he would be ready for the period of offseason work.

The resulting activity was a surprise following Arians’ recent comments in which he said Brady might end up doing more coaching than throwing. He said Tuesday Brady’s involvement came with thumbs up from multiple parties.

“The doctors and him. They both said he was good to go and still be careful of what we’re doing with him,” Arians said. “Trying to stop him from playing is pretty tough.”

It would be very difficult for anyone to keep Brady off the field unless his ailment was significant. Even with seven Super Bowl rings, though, Brady still has work to accomplish, including rebuilding the rapport with one teammate who wasn’t around for most of Tampa’s run to a title in 2020. That work hasn’t begun, yet, but could be around the corner for Brady and tight end ﻿O.J. Howard﻿, who Arians said is “really close” to returning to football activities after suffering a torn Achilles in October.

Also on the mend: ﻿Ndamukong Suh﻿, who was kept out of practice Tuesday out of precaution due to a wrist issue and ﻿Antonio Brown﻿ (knee), who is about two weeks away from returning to practice, according to Arians.

With this in mind, it’s easy to see why Brady hasn’t taken the easy way out, sitting on the sideline while enjoying additional time off. After all, he has an eighth ring to pursue and a title to defend. We shouldn’t be surprised.