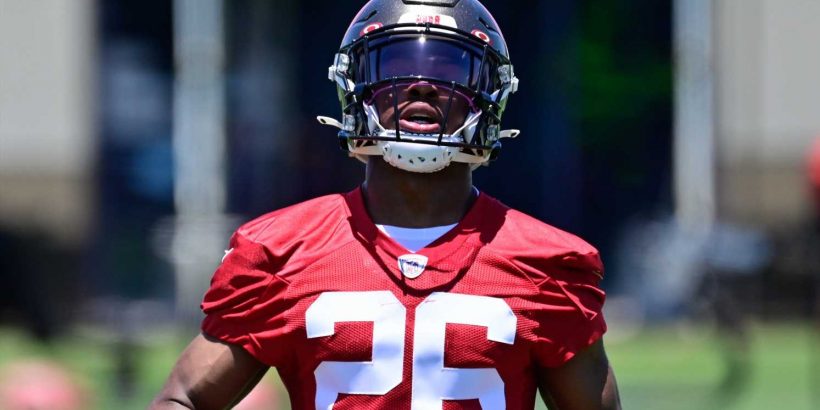 Undrafted free-agent cornerback Cameron Kinley won't be allowed to play for the Tampa Bay Buccaneers this fall, as the U.S. Navy has denied his request to delay his commission in order to pursue his NFL career.

Kinley had an outside chance to win a roster spot as the Bucs' fifth cornerback and a special teams player, but he'll now be forced to commission into the Navy as an Ensign.

His agent, Ryan Williams-Jenkins, put out a statement Monday in reaction to the decision, voicing his frustration (via The Athletic's Greg Auman):

"As a Naval Academy graduate, football player and decorated combat veteran, I understand Cameron's commitment. I also understand there are ways he can fulfill his commitment while representing the Navy and playing professional sports. I played with three-time Super Bowl champion Joe Cardona, who still serves our country as a Navy reservist. If there is a directive and precedent allowing other service academy athletes to pursue this opportunity, what makes Cameron different?"

Monday afternoon, Kinley issued a statement responding to the decision, saying in part that, "I am deserving of the opportunity to live out another one of my life-long dreams before fulfilling my service requirement."

My personal statement regarding the Navy’s denial of my request to delay my service: pic.twitter.com/AsNLEPdF1Z