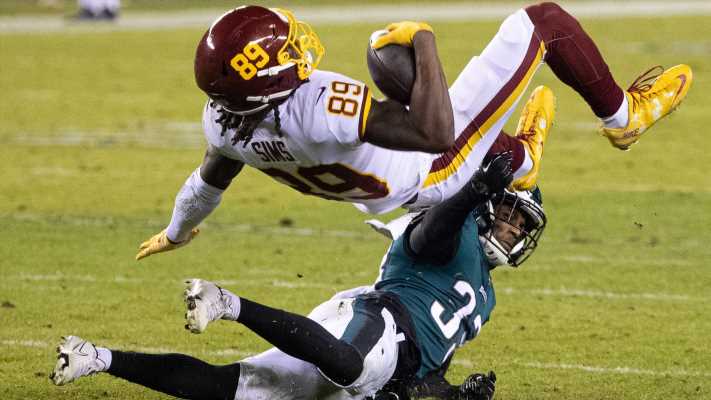 In October, Washington Football Team coach Ron Rivera rang the bell at a Northern Virginia hospital to celebrate completing chemotherapy and proton therapy for the squamous cell cancer he battled during the season.

The victory sealed the postseason bid for 7-9 Washington, which will host the Tampa Bay Buccaneers (11-5) in the wildcard round of the playoffs on Saturday night (8:15 p.m., ET, NBC). The NFC East title has changed hands for the 16th straight season, Rivera capturing it in his first season taking over a Washington team that went 3-13 a year earlier.

It is Washington's first title since 2015. 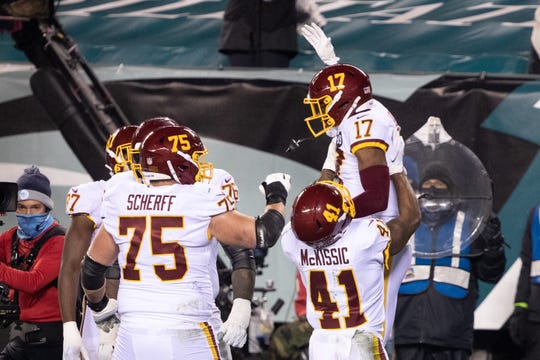 The Giants (6-10) went to bed disappointed. New York had outlasted the Cowboys (6-10) 23-19 in a Sunday afternoon game at MetLife Stadium, enough to keep the team’s playoff hopes alive in the case Washington lost. When Eagles coach Doug Pederson pulled quarterback Jalen Hurts in the fourth quarter and sent in backup Nate Sudfeld with Philadelphia trailing by 3 (Carson Wentz was a healthy scratch), Giants players didn’t hesitate to question Pederson’s motives.

“I think the Eagles just hate us more than Washington,” Giants receiver Golden Tate tweeted during the fourth quarter. “That’s only thing that could make sense right?”

Even the NBC TV crew openly questioned the move.

"I could not have done it," analyst Cris Collinsworth said about the QB change. "You have men out there fighting their guts out."

Sunday night wasn’t a career performance for quarterback Alex Smith, who threw two interceptions and lost a fumble his team recovered while completing 22 of 32 attempts for 162 yards and two touchdowns. But Smith’s Sunday night box score can’t overshadow the remarkable comeback his season, and a postseason advancement, represent.

Smith suffered a gruesome broken leg in 2018 that ultimately required 17 surgeries, an infection risking  his leg and life in the process. His return to play in 2020 far exceeded expectations for the man who wondered if he would walk again.

Even Smith, in a postgame interview with “Sunday Night Football” sideline reporter Michele Tafoya, was incredulous. What would he have said had he been told before the season that he’d lead Washington to the division title?

“I wouldn’t have believed you in a million years,” Smith told Tafoya. “Lot to be grateful for, starting with the guys in that locker room. … Excited for them. We had some bumps early and they continued to keep fighting, keep getting better and here we are.

"Excited to go celebrate with them now.”