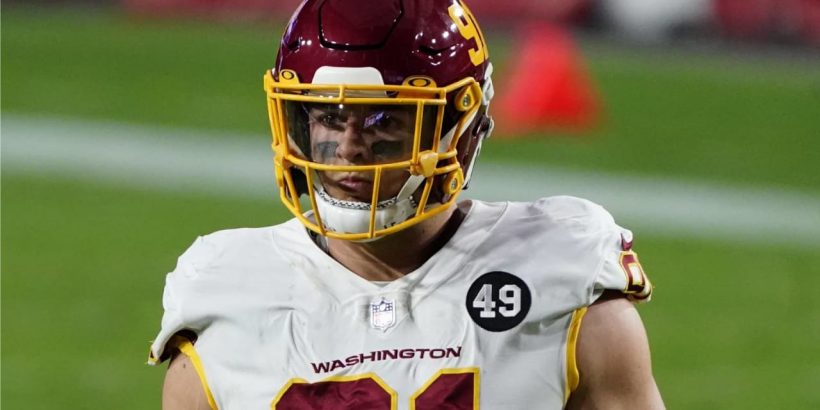 ﻿Ryan Kerrigan﻿ spent a decade with the Washington Football Team, earning four Pro Bowls and 95.5 sacks along the way. The former first-round pick said goodbye to the only club he’s known in his pro career.

“I’ll never be able to sum up what these past 10 years have meant to me in an Instagram post, but what I can say is that they have been some of the best of my life,” Kerrigan wrote. “I hope you had as much fun watching me as I did playing for you. Thank you, Washington, for everything.”

Currently, there is no indication where Kerrigan might continue his career, but clearly, a return to Washington has been ruled out.

The edge rusher became the 16th overall pick by the D.C. club in 2011 and instantly became an impact starter and franchise cornerstone. His 95.5 career sacks are the most in franchise history, passing Dexter Manley’s 91 in 2020.

After starting every game of his for his first nine seasons without missing a game until 2019, Kerrigan became a rotational player in Washington last year under Ron Rivera. He started just one of 16 games played, participated in fewer than half his standard snaps, and generated 5.5 sacks, tied for his career low. The writing was on the wall that Washington, loaded along the line with younger players, would be moving on.

Despite seeing his reps slashed, Kerrigan displayed he can still be productive in limited snaps. The 32-year-old would be a useful veteran presence on any defensive line if he decides to continue his career outside the only club he’s been a part of in his professional career.